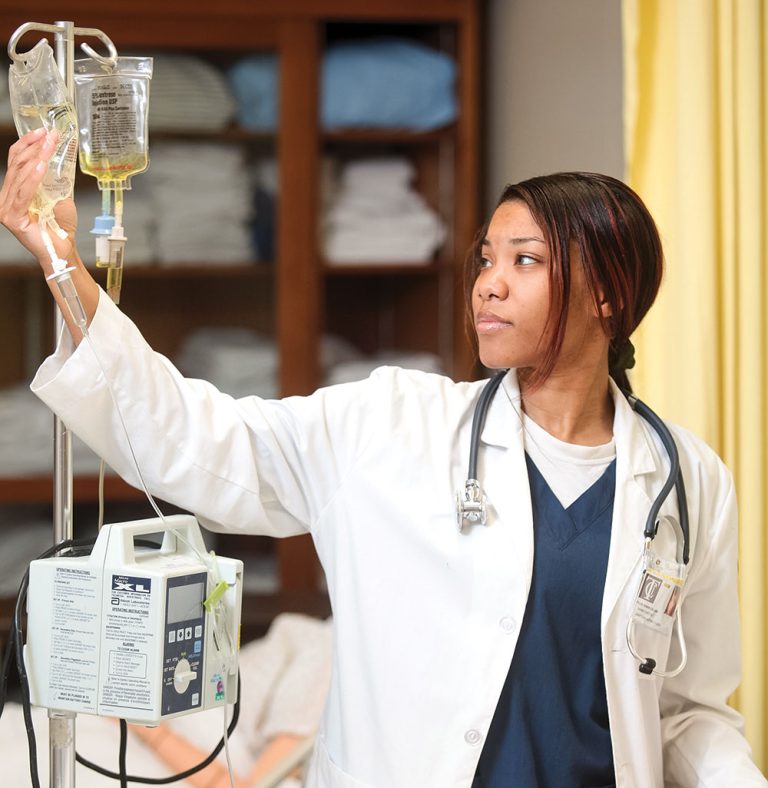 When Tyler faced economic difficulties in the 1980s related to the energy crisis, local government and business leaders worked together to create a very clear strategy for moving forward. The Economic Development Council, in partnership with the Chamber of Commerce, led community-wide strategic planning efforts in the 1990s and 2000s to create a clear path forward.

The first priority was to diversify the city’s economy to improve its ability to weather any potential future downturns. They knew that if the city was less tied to one industry, the economy and the residents would be less affected by soft times. The second focus, says Tom Mullins, president and CEO of the Tyler Economic Development Council, was on education. One of the first priorities was evolving the University of Texas (UT) at Tyler from a two-year school into a four-year institution, which was accomplished in 1998. Now, the university offers 90 programs at the bachelor’s, master’s and doctoral levels.

“If you look at successful economies anywhere in the U.S., or even around the globe, there’s a major investment in higher education in every single one,â€ Mullins says. “We now have 23,000 full-time students (at three colleges). We have become an effective college town – an educational destination that supports the growth in our medical sector because a lot of our educational emphasis is on nursing and medical techs. That investment is starting to pay off now.”

Once fully reliant on energy, Tyler is now a regional medical, educational and retail hub with strong technology, manufacturing and food service sectors. The wide variety of business happenings in Tyler mean the city is much more well-placed to weather economic hardships or business closings. Instead of being tied to one or two drivers, like energy or agriculture, the city is thriving in different sectors.

Recent expansions and mergers have played a large role in expanding Tyler’s medical sector. UT Health East Texas and CHRISTUS Trinity Mother Frances are two of the biggest employers in Tyler, with more than 3,000 employees each. Both are the result of the merger of previously existing health care groups. Baylor Scott & White Texas Spine & Joint Hospital is another major employer within the health care sector.

And it appears future growth in the medical field is ensured, as the University of Texas system announced in February that it intends to establish a medical school at UT Tyler, which is expected to bring another 20,000 jobs and a nearly $2 billion annual impact.

Tyler’s Talent is All About Mentoring Meaningfully

“We wanted Tyler to become a medical destination. We had a growing and successful regional footprint, but now, we’ve added so many specialties, and these medical systems that have come into Tyler are some of the largest medical systems in the country,â€ Mullins says.

In the past two years, Tyler has announced more than a dozen new projects that Mullins says equates to more than 2,300 primary jobs and more than $400 million in new investments in the area. These projects include expansion plans for existing area businesses as well as new construction or development of new companies and include businesses like Wastequip, Sanderson Farms Food Processing, Dragline Service Specialties, John Soules Foods, Hiland Dairy, Estes, McClure & Associates Inc., Jasper Ventures and GG Distributing. Those companies join Ingersoll Rand, Brookshire Grocery Company, the Tyler Independent School District and Suddenlink as the largest employers in Smith County.

All the new business has translated to increased quality of life for residents of Tyler, which is one of the fastest-growing population centers in the area. In fact, Mullins says, state demographers indicated that it is projected that over the next 20 to 30 years, Tyler will have one of the fastest population increases in the state of Texas. Bloomberg recently reported that Tyler ranks fourth in the nation in per capita income growth, while the cost of living there is about 85% of the national average. Despite being just 100 miles to the east of Dallas, the cost of living is 23% less in Tyler. The median home cost in Tyler is nearly $70,000 less than it is in Dallas.

“We’re in an envious position in Tyler. It’s more diverse and more economically dynamic than it’s ever been in our 170-year history,â€ Mullins says. “Coming to Tyler as a family, you have a much better chance of making more money and having a lower cost of living.”