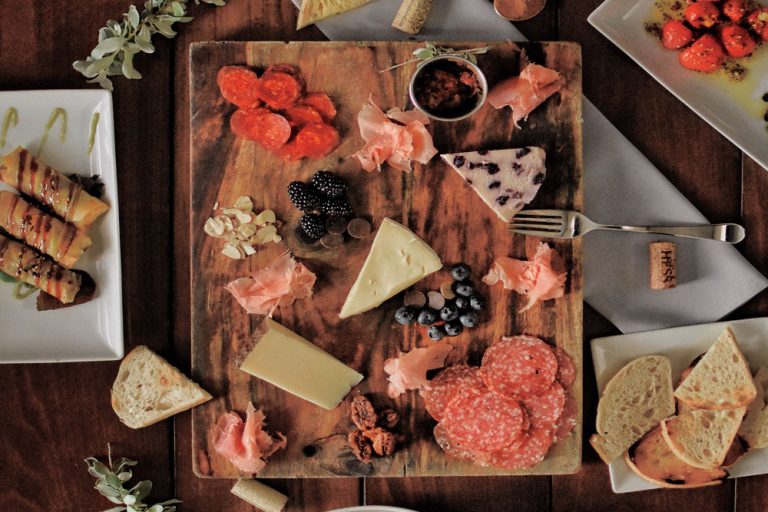 As Tyler has grown, local food-lovers have enjoyed a widening choice of where to go for dinner. Or lunch. Or beer. Here are just a few must-try destinations.

Roast Social Kitchen, which opened in 2016 after a massive renovation, specializes in what may be the perfect pizza. Not the pizza you’re probably used to, though. Think thin, hand-thrown crust, covered with fresh, house-roasted veggies, carefully selected meats and quality cheeses. The seasonally changing menu relies substantially on whole, organically grown foods, sourced as much as possible (up to 90 percent in the growing season) from local farms.

“Everything here is coming in fresh,” says Nick Pencis, co-owner of Roast Social with wife, Jen. “The roasted red pepper on your pizza, that’s a pepper we roasted and peeled and sliced — it didn’t come in a plastic bag. We’re trying to do things in a way that comes from the right place – not out of snobbishness or whatever but because it tastes better and it’s better for your body.”

Pencis’ insistence on quality in his restaurant’s menu of appetizers, soups, salads, entrees and, of course, imaginative pizzas, carries over into its bar, where Roast Social Kitchen mixes craft cocktails and boasts 24 wines on tap.

Cork Food & Drink serves dinner Tuesday through Saturday nights and brunch on Saturday and Sunday. The casual, warm setting offers banquette, table, bar and high-top seating, where patrons can enjoy Euro-Asian food and hand-crafted cocktails and live music. Specialties include sushi, sashimi and poke dishes, salads, burgers, steaks and small plates. A lively calendar of events, from girls’-night-out bubbly parties to Cabernet tastings to an evening with the Dallas String Quartet rounds out the fun.

ETX Brewing Company, which opened in January 2017, is one of the newer kids on the block, and already a highly regarded place to sip a brew created on-site or enjoy a meal at its newly expanded restaurant. The thriving business was founded by brothers Matt and Brian Gilstrap and Brian’s wife, Annie, in pursuit of a “what would you do in a perfect world…” dream of the brothers, longstanding amateur brewers. Today ETX brews nine beers, ranging from blonde and amber ales to stout, IPAs and even root beer. Proceeds from one very special brew, Park Project, is helping build the all-abilities Southside Park playground. Among several other community initiatives ETX supports are a monthly Pets for People event and food drives for East Texas Food Bank.

”We want to give back as much as we can,” says Annie Gilstrap. “We have had so much support from the local community.”

True Vine Brewing Company takes as its motto “Integrity, Community, Love” as it produces a changing menu of beers at its microbrewery near downtown Tyler. The city’s first brewery, True Vine was launched by several longtime friends who shared a vision of family, faith and…beer. Celebrating its fourth anniversary in March 2018, the brewery usually has eight or more beers on tap, from black Rose From the Dead IPA to Mermaids & Unicorns blonde ale, which can be enjoyed in its outdoor taproom. The casual, family-friendly hangout allows patrons to bring in their own food. Its monthly Open Tap ticketed events feature local food trucks, live music and more; other special events include open mic nights, Saturday morning yoga sessions and its popular annual Hoptoberfest.