People from all cultures happily find their place. 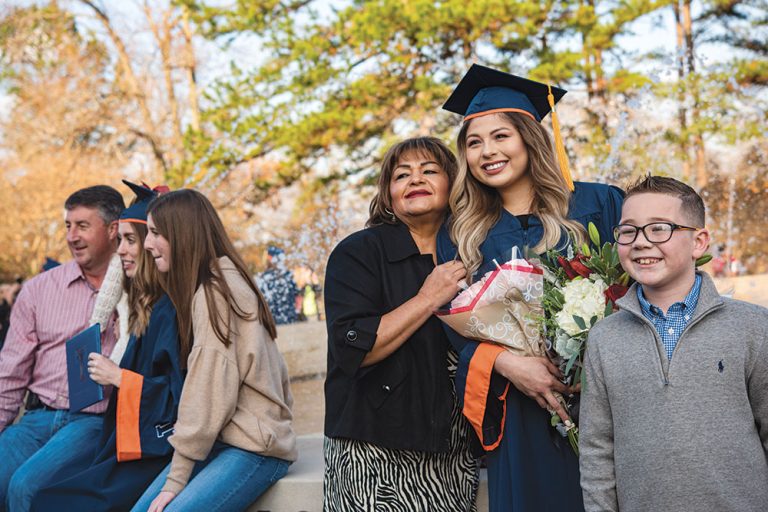 In search of a diverse, welcoming community that’s sure to make you feel at home? Look no further than Tyler. This east Texas community lays claim to people of all ages, ethnicities and walks of life – and there’s plenty of room for you, too.

Located in the second-most diverse state in the U.S., Tyler is home to a broad collection of cultures with residents from across the globe – places like Mexico, Asia, the Philippines, Europe and Africa.

Edwin “Edâ€ Santos, who in 1991 immigrated to Tyler from Manila, says the community chose him. He was recruited by both a hospital in Tyler and a hospital in Boston to work as a physical therapist after he graduated from college, and he told both institutions he would work for the hospital that could process his visa sponsorship fastest.

Tyler’s Talent is All About Mentoring Meaningfully

It was ETMC (now UT Health East Texas) who met that challenge, and Santos has lived in Tyler ever since.

Although he says it was an adjustment moving from a city of more than 16 million people to Tyler, which had about 55,000 residents at the time, Santos quickly felt at home in his new community. He joined the Filipino-American Association of East Texas, an organization aiming to foster the welfare of the Filipino- Americans in east Texas. He’s still involved with the group today, continuing to help others find their place after relocating to Tyler.

“I’ll always be thankful it was Tyler that became my American home,â€ Santos says. “The community has grown and matured significantly since I moved here, and I’ve seen it become more and more inclusive over the years. Today, Tyler is a diverse community full of people who are excited to celebrate their differences.”

Tyler’s diversity is evident in the age range of its residents, too. Approximately 25% of the community’s population is age 20 through 34 – thanks in part to the more than 20,000 people attending the University of Texas at Tyler, Tyler Junior College and Texas College. About 33% of Tyler residents are ages 35 though 64.

The community also has a thriving senior population, with 14% of residents age 65 and older. In 2019, Tyler received recognition for the care it takes of its seniors when it became the second city in Texas to be designated a Dementia Friendly City by the national Dementia Friendly America collaborative.

Tyler’s variety of inclusive festivals and events help unite residents as well, such as Fiesta Latina, a celebration of Tyler’s Spanish-speaking community that kicked off the two-day CityFest East Texas held in downtown Tyler in October 2019.

“We have a large Hispanic population across Texas, and in Tyler, more than 20% of our population is Hispanic – and it’s still growing quickly,â€ says Edgar GaldÃ¡mez, a member of the CityFest Executive Committee and an overseer of Fiesta Latina. “It’s important that we have events like Fiesta Latina that bring together and celebrate our Hispanic community because this population is critical to the continued prosperity and success of Tyler and Smith County.”

Another organization supporting and celebrating the community’s Hispanic population is the Tyler Hispanic Business Alliance. For example, the alliance helped kick off Hispanic Heritage Month in September 2019, with the family-friendly Rose City Fiesta in Tyler’s Bergfeld Park that included live music, entertainment, food trucks and more. Each year, the alliance hosts an awards ceremony honoring Hispanic achievers and business leaders.

“Having an awards ceremony specifically for our Hispanic community is meaningful, and it’s certainly not something you see in every U.S. city,â€ GaldÃ¡mez says. “This is just one more thing that sets Tyler apart from other communities.”