The 7 Most Breathtaking Canyons in Utah

Utah doesn't just have the great outdoors, it has the best outdoors! 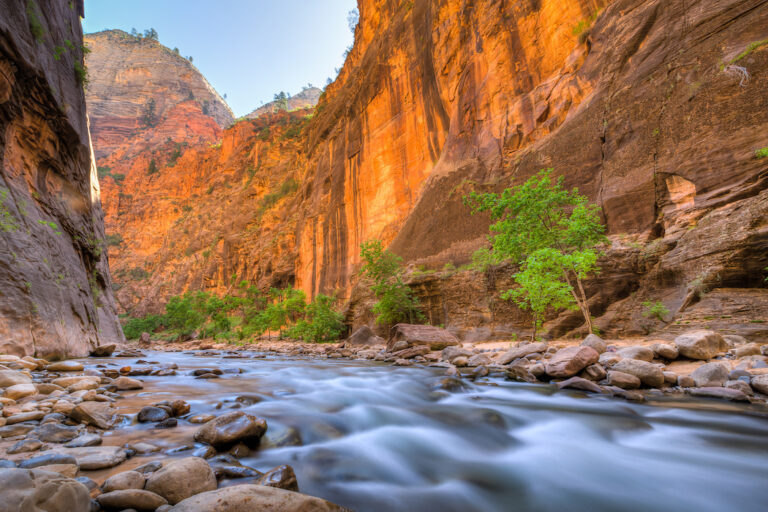 It’s not exactly a secret that Utah is an amazing place to connect with the great outdoors, especially when it comes to sports like skiing or fishing. But perhaps Utah should be more famous for another reason—something more closely associated with a state like Arizona. As it turns out, Utah is filled with stunning, red-washed canyons, some of which you just need to see to believe.

The Best Places to Live in Utah

Only a three hours’ drive from Las Vegas, Zion National Park is famous for its scenery. Zion Canyon in particular is a stunning drive or hike; sandstone cliffs soar up to 2,000 feet above you, as you stroll between the North Fork Virgin River and the shady forest it supports.

Spooky Gulch may sound a little, well, scary, but really it has more its own unique brand of beauty. It’s a slot canyon 26 miles from the town of Escalante, and gets rather dark and narrow—it’s only 15 inches wide in some places—but the change in the light can be mesmerizing, muting dusty reds into purples and browns.

Okay, so small confession: Bryce Canyon isn’t technically a canyon proper. In fact, it’s considered to be a series of natural amphitheaters—as in, enormous bowl-shaped spaces that happen to be well-suited to amplifying sound. Ignoring that, Bryce Canyon is stunning, especially with its series of hoodoos, which are spindly rock spires that can reach nearly 150 feet in height.

These 17 Pictures Will Make You Want to Move to Utah

Buckskin Gulch happens to be the longest and deepest slot canyon in the southwest U.S.—possibly the world—making it extremely popular with hikers. (Though, you need to get a permit in advance from the Bureau of Land Management first!) The path twists and turns, bathing you in alternating light and shadow for a hike that takes around a full day to complete.

The other canyons on this list are overflowing with natural beauty, but Nine Mile Canyon made this list for a slightly different reason: It’s known as “the world’s longest art gallery.” That’s because the canyon is full of rock art left behind by several different Native American cultures, including the Fremont and Ute. It has 63 archeological sites in total.

Like Bryce Canyon, Cedar Breaks is a natural amphitheater—one that’s a half mile deep. It, too, has hoodoos (and fins as well), but the ones at Cedar Breaks are famous for their vivid colors. More than fifty different hues have been recognized by experts, making it a sort of sun-drenched rainbow.

Canyonlands is appropriately named (we’ll give you three guesses why), and being the largest national park in Utah, there is no better place to view it in all its splendor than the soaring Island in the Sky. From there, you can see for miles around, including the canyons carved out of the colorful rock by the Colorado and Green rivers, as well as other gorgeous sights, like Mesa Arch.