Emory & Henry College continues to gain national recognition, helped along by its new Center for the Arts 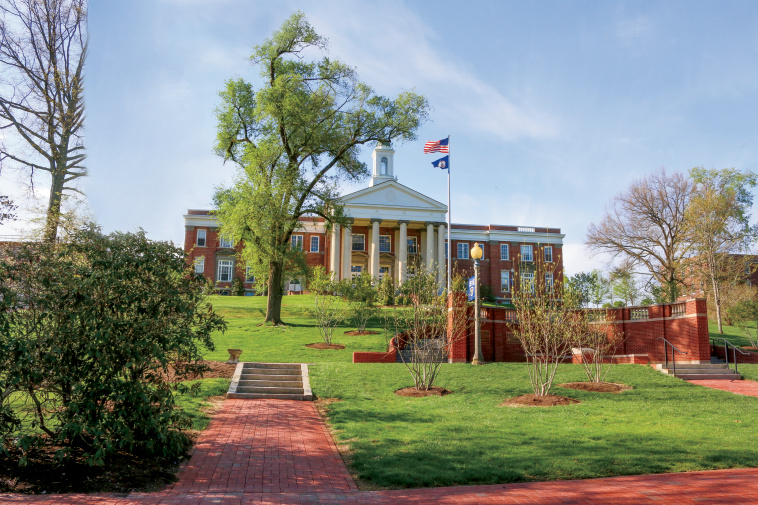 As it continues to evolve from its 1836 founding, Emory & Henry College stands as a “beaconâ€ for quality education in Washington County and throughout southwest Virginia.

It has earned accolades across the country, from being named one of the top liberal arts colleges in the nation by Washington Monthly to national recognition by Newsweek, U.S. News & World Report and other publications and organizations. Several faculty members have been recognized by the Council for Advancement and Support of Education (CASE) and others.

With its emphasis on civic engagement, leadership development and well-rounded preparation for students’ careers, Emory & Henry College has obviously found the formula for success.

“For 180 years, we’ve been the beacon for liberal arts in this part of Appalachia,â€ says Jake Schrum, Emory & Henry College president. “We continue to be recognized as one of the great liberal arts colleges in the country. We keep doing what we think is best for our students and preparing them to be civic leaders.”

Schrum believes that’s particularly true given today’s political climate that appears to have the country divided.

“What we’re trying to teach our students is that they are going to have to literally go out and kind of reinvent citizenship,â€ he says. “They’re going to have to really be strong and courageous… They’re preparing themselves for whatever specific career they may choose, [and] we’re trying to help them understand what’s at stake now in our democracy. We’re hoping they will go out and be courageous citizen leaders.”

Fundamentally, Emory & Henry has made several improvements through the years to enhance the experience for students, faculty and staff. Schrum points to the addition of residence halls, renovations of historic buildings, the rebuilding of Brooks Field House for athletics and considerable infrastructure work, among other projects.

Nothing, however, has had quite the impact on the college as the completion of the Woodrow W. McGlothin Center for the Arts in fall 2015. At a cost of $22 million, the Center is Emory & Henry’s most expensive project – and arguably the most significant in terms of how it benefits the student body.

“It has been huge for Emory & Henry,â€ Schrum says. “It shows our commitment to the fine and performing arts. It’s a marvelous facility.”

Named for 1937 Emory & Henry graduate and longtime benefactor Woodrow W. McGlothin, the facility has 47,367 square feet of space, including the 461-seat Main Stage Theatre and the 120-seat Black Box Theatre. It also houses the MCA Art Gallery, which hosts rotating visual arts exhibits by emerging and nationally acclaimed artists, as well as theater dressing rooms and production areas and the college’s radio station.

“Probably the most important thing it has done is it has provided a space for our students to learn some of the best technology and floor plans for theater and music events,â€ says Lisa Withers, Center director and associate professor of Piano and Music. “We’ve got lighting and sound design that we didn’t have before, and our students come and help work for events on the outside but also produce some on their own.

“The theater department has probably been most affected by this, because they now have an ability to design shows and put on shows that are bigger and have more technology. It’s really been a great benefit to those students.”

The impact of the McGlothin Center for the Arts goes beyond the campus, helping improve the quality of life in Washington County.

“For the campus and the larger community, we’re now able to bring in performing artists and visual artists that we hadn’t been able to before,â€ Withers says. “Now we can bring in groups that require a state-of-the-art facility. We see it as a gathering place for the whole community.”

We continue to be recognized as one of the great liberal arts colleges in the country. We keep doing what we think is best for our students and preparing them to be civic leaders.