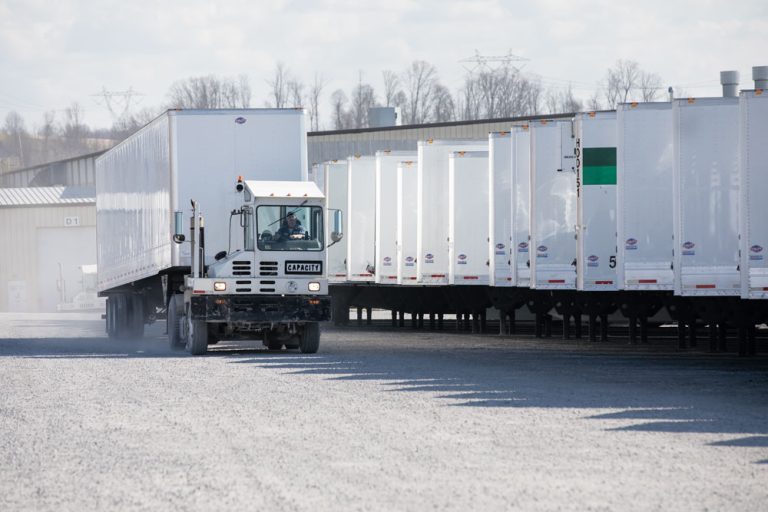 Utility Trailer Manufacturing Company started its operation in Glade Spring in 2000 with 300 employees, now has 600 employees and plans to hire another 50 people throughout 2018.

Founded in 1914, the California-based company expanded to the East Coast in 1989, establishing a manufacturing plant in Marion, Virginia, and then adding the Glade Spring facility 11 years later. The Glade Spring plant primarily produces 53-foot and 48-foot enclosed box trailers that are pulled by 18-wheel semi-trucks.

“We run two shifts and can produce 36 trailers per day, and customers that use our trailers to transport goods include Target, Walmart, Ryder, Perdue, Food City and a lot of fleet companies,” says Tim McVey, human resources manager at Utility Trailer Manufacturing Company. “Our company has grown to become the third-largest trailer manufacturer in the United States.”

Utility Trailer bills itself as America’s oldest privately held trailer manufacturer. E.W. and H.C. Bennett made Utility one of the nation’s first truck trailer manufacturers back in 1914, and today there are third and fourth generations of the Bennett family who own the company.

“We basically build each trailer from the ground up, although a few components we have brought in that are already assembled, such as axles and suspensions and steel panels,” McVey says. “However, everything else on these semi-truck trailers are put together right here in Glade Spring. There is a lot of welding and precision work involved.”

McVey says the company can add several custom options on trailers for customers, just as if they were buying an automobile.

“We pride ourselves on meeting the customized needs of our customers,” he says. “At the Glade Spring plant, our specialty is building dry freight trailers, often called box trailers, which are enclosed and non-insulated. We don’t build refrigerated units at our site.”

McVey adds that Washington County is a good place to do business, especially with its convenient access to Interstates 81 and 77.

“There is a good work ethic with people of this area, so that was an attractive asset in our decision to establish a manufacturing plant in Glade Spring,” he says. “There is also a friendly business environment in Washington County. When we first came here in 2000, the government leaders and chamber officials were very helpful in getting our business up and running.”

The manufacturing sector is one of Washington County’s strongest, and it continues to show growth, as well.

Two of the largest announcements came from Hapco Pole Products and Universal Companies.

A $1.5 million capital investment expansion at Universal Companies created 30 new jobs, with the company specializing in manufacturing and distributing spa and beauty-based products.

As for the overall economy in Washington County, it is fueled by several successful sectors. That includes agriculture, with Washington County being one of the industry’s most dominant in the state.

Washington County has 1,600 farms (third-most in the state), more than 1,000 ag workers, and the industry accounts for more than $75 million in market value for products sold annually. Top commodities include eggs, livestock, dairy, crops and Christmas trees, and the county has three thriving farmers markets. Another strong industry is retail, with recent openings of a Love’s Travel Stop, a Walmart Supercenter and the development of The Pinnacle shopping destination in Bristol.

Meanwhile, K-VA-T Food Stores operates 16 locations in Southeastern Kentucky, 27 in Southwest Virginia, 63 in East Tennessee, 21 in Chattanooga, Tennessee, and eight in North Georgia. The 135-store chain includes 123 Food City locations (with 101 pharmacies and 86 fuel/convenience stores), 10 Super Dollar Discount Foods limited assortment, and two wine and spirits stores. Serving a current trade area of over 1.4 million households, with a population of 3.3 million, it also operates its 1.2 million-square-foot distribution center, which is located in Abingdon.

“Washington County has many positive factors for companies, including good accessibility and stable tax rates,” Czelusniak says. “We are very proud of our pro-business environment.”