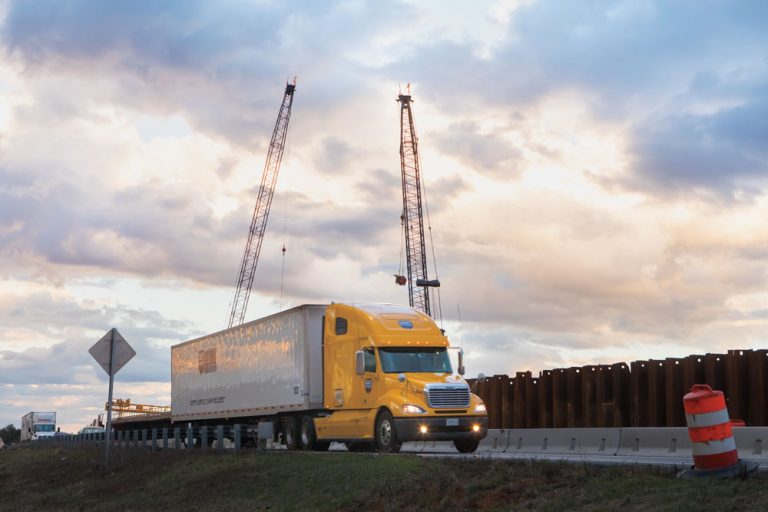 Fasten your seat belts, motorists: The main road into Washington County is undergoing extensive upgrades. However, construction is occurring in such a way to allow traffic to remain flowing with as few hindrances as possible, including almost no daytime lane closures.

The Commonwealth of Virginia is conducting much roadwork in Washington County on Interstate 81, with construction started in 2016 and continuing throughout 2018 and potentially into early 2019. Most of the $34 million in improvements is centered on upgrades to interchange ramps as well as bridge reconstruction at four main exits that serve the county.

“Improving the overall safety of motorists traveling up and down I-81 through Washington County is the main objective of this project, and these important upgrades are being addressed to benefit this entire region,” says Henry Snodgrass, chairman of the Washington County Industrial Development Authority.

One construction highlight of the two-year project is the raising of one side of a bridge situated off exit 10, because one side was originally built too low decades ago. Other highlights include work occurring on the interchanges and bridges at exit 14; construction beginning in 2018 on the downtown Abingdon exit 17; and work occurring on exit 19 that provides the east entrance into Abingdon.

“The most critical construction is happening at exit 14 because it has always been a dangerous travel area, especially the way it was originally configured going northbound,” Snodgrass says. “Replacing both the north and southbound bridges along I-81 at exit 14 will better accommodate traffic volumes at that busy area of the county.”

Another positive result of the interstate upgrades will be to help current and future tenants at the Oak Park Center for Business & Industry, which is situated within a mile of I-81 off exit 13 and near U.S. Route 11. The industrial park plays a big role in the economy of Washington County, offering an ideal location for companies wanting to do business between Abingdon and Bristol.

“Oak Park Center offers a great location, and seven companies are currently doing business there,” Snodgrass says. “The center also has four large pads that are shovel ready for immediate construction, with all utilities and fiber optics already installed. The center is in an excellent area to do business, especially with all the upgrades taking place nearby along I-81. Two roads lead in and out of the park, offering dual access to the interstate in either direction.”

Another key transportation asset in Washington County is Virginia Highlands Airport, a general aviation facility that serves government planes, the military, corporate jets and private aircraft owners. The airport has operated since the 1960s and is wholly owned and operated by Washington County.

“We have about 23 operations (takeoffs and landings) per day and serve local companies like Food City, First Bank & Trust, Virginia Forestry Service, Burger King, Bass Pro Shops and many more,” says Mickey Hines, airport manager. “We also get a lot of people flying in during the warm weather months to play golf, with two top courses only five minutes from the airport.”

Hines says the airport is about to tackle an upgrade project to extend the runway from it present 4,400 feet to an eventual 5,500 feet. That extension will allow Virginia Highlands to accommodate more of the bigger corporate jets.

Before the runway extension could be approved, an adjacent county road (Highway 611) needed to be rerouted, and that project was completed in 2017. The rerouting cleared the way for the extension that will ultimately provide safer takeoffs and landings.

“The project starts in the spring of 2018 and will feature the FAA (Federal Aviation Administration) funding about 90 percent, while the state will contribute 8 percent and the local airport authority 2 percent,” he says. “We have an attractive airport, and the runway extension will make us accessible to even more corporate customers.”