Meet the administrators at two colleges and the library system. 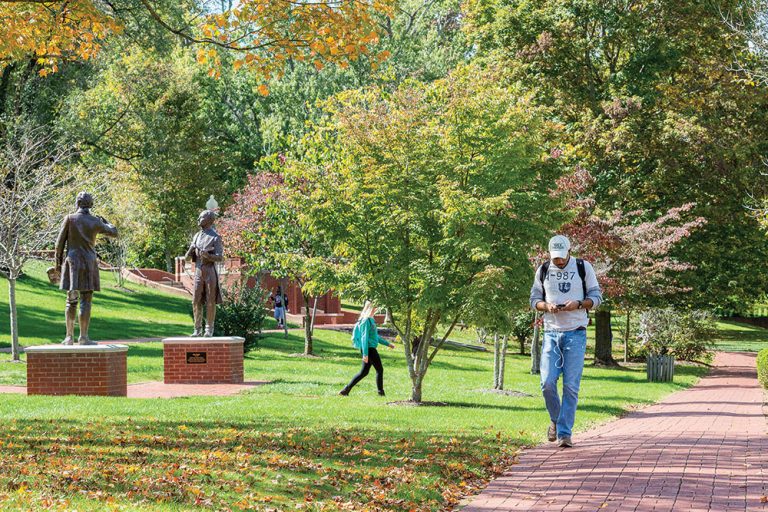 “Emory & Henry was already special to me prior to ever arriving here,â€ Wells says. “My father, Bill, graduated from Emory & Henry in 1959, and my grandmother, Annye, was a dorm mother here in the 1960s. I’m not an alum but almost feel like one.”

His overall career in higher education started in the early 1990s as a professor at Carson-Newman University in Tennessee, eventually becoming dean of social sciences. Wells also worked at Young Harris College in Georgia, Mars Hill University outside of Asheville, then assistant general secretary for higher education for the United Methodist Church, overseeing their 120 U.S. institutions of higher learning.

“Besides the main campus in Emory, our school of health sciences in Marion is going very well, and our entire college system remains a very affordable place to attend in person and online,â€ he says. “Not only do we have students from southwest Virginia, but also upper eastern Tennessee, western North Carolina and into West Virginia and Kentucky. We serve the whole Middle Appalachian region.”

Hutchinson says he fell in love with teaching and steadily moved up the ranks at TSTC, eventually becoming provost. In all, Hutchinson had a 20-year career at the college.

“I enjoyed the problem solving that I got to do as a higher education administrator, helping students and faculty and overseeing that college’s growth,â€ Hutchinson says. “As for the opportunity at Virginia Highlands, I had some previous connections in Virginia when I did my doctorate in the state years ago. When this opportunity arose, I made some inquiries, visited the campus, was interviewed and happily got hired.”

Agriculture in Washington County is a Labor of Love

Virginia Highlands has an enrollment of more than 3,000 students.

“In my short time here, I’m impressed at how many people in the community have approached me at the grocery store or gas station to wish me the best, telling me how much the college means to them,â€ he says. “People have deep roots with VHCC. They love what it does for students. It betters the lives of so many people.”

Much More Than Books

Molly Schock was already familiar with the Washington County Public Library System (WCPL) when named director in December 2019, having served as assistant director since 2016 and then interim director after the retirement of Charlotte Parsons in September 2019. Schock hails from Ohio and began her professional career in Michigan in the late 1980s as a children’s librarian.

“Today, Washington County Public Library is much more than just books,â€ Schock says. “One of our goals is to serve as a community hub, offering everything from computer classes to assistance with finding employment. In addition, our Youth Services staff strives to increase the number of highquality early literacy experiences.”

Schock says she is an advocate of emerging technology and promises that the WCPL system will continue to reinvent itself to stay current and viable, with new ideas and programs introduced often at the branches in Abingdon, Damascus, Glade Spring, Hayters Gap and Mendota.

“My master’s degree is in education administration, and it’s a pleasure to combine both my library and education experience,â€ she says. “The two really do go hand in hand.”