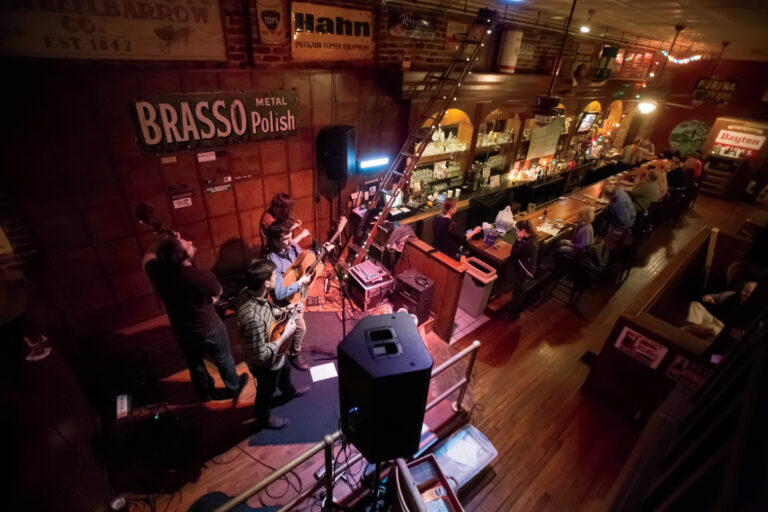 Because it’s an easy drive from more populated towns such as Asheville, Charlotte, Johnson City and Knoxville, regional touring acts that used to bypass Abingdon on their way to larger cities often stop now for an evening show.

“About half of our acts are regional; the rest are touring acts that may not have a date booked on a Thursday or a Sunday,â€ Bonefire Smokehouse BBQ owner Doug Beatty says. “We don’t pay a lot, but we’ll feed you real good.”

Many of Abingdon’s music events stem from the Abingdon Music Experience, an Abingdon Convention and Visitors Bureau program. What started with music at the farmers market (which later became Thursday Jams) has grown to a series of programs, most of them free.

“Our philosophy was to raise the level of quality of our events so that people from outside of town would want to come,â€ Kevin Costello, director of economic development and tourism for Abingdon Convention and Visitors Bureau, says. “We also wanted to make them free or inexpensive for locals.”

With Thursday Jams drawing up to 400 people to the Abingdon Market Pavilion, the CVB launched Music on the Lawn Sunday afternoons in March and April at the Martha Washington Inn & Spa. The hotel’s pristine lawn makes for an ideal location to sprawl out on a blanket and listen to top-notch classical and jazz.

From Bluegrass to Blues

“January Jams brings life to nearby restaurants, shops and hotels at a time when the tourist season usually dies off,” Costello says.

Although Abingdon Music Experience events gave the area’s live music scene a definite boost, other venues crank out live music year round. In addition to Bonefire Smokehouse, Capo’s Music Store hosts an acoustic jam every Saturday night. Wolf Hills Brewing Co. serves up live music Thursday through Saturday, and hosts a Tuesday open mic night, to go along with its craft beer. Head brewer Drake Scott has seen a wider variety of talent come through Abingdon over the past year.

“When we had fewer venues, there seemed to be more of a focus on bluegrass,â€ he says. “That’s still prevalent, but we’re also seeing rock and blues. The scene is definitely picking up, and we hope to make it as powerful as possible.”

Costello says the CVB’s outdoor events are drawing a broader demographic, too.

“It’s great to see the wide range of people that come to these events. It’s not just for the 35-plus crowd. Kids can run around and play tag while the parents congregate on the lawn or in the beer garden. These are true community events.”

“The scene is definitely picking up, and we hope to make it as powerful as possible.”