By Stephanie Stewart-Howard on February 26, 2014 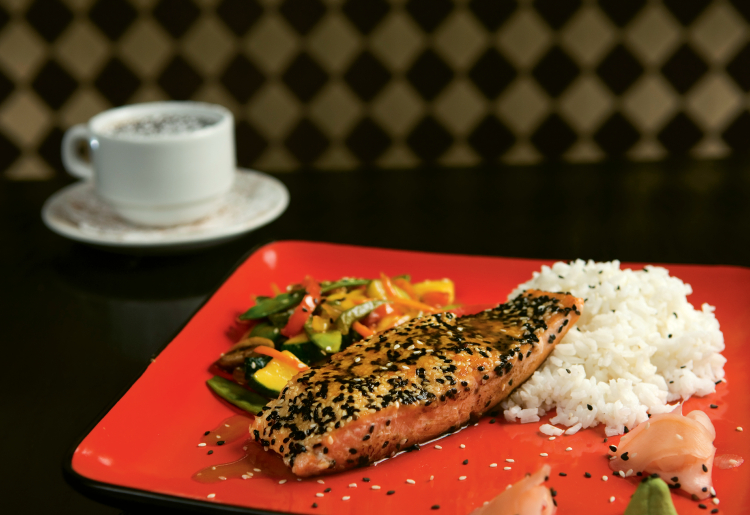 Abingdon offers plenty of excellent dining options beyond the standard fare. A plethora of locally owned spots provides marvelous menus, whether you’re searching for the perfect breakfast doughnut or a hearty dinner.

Charming 128 Pecan has become exactly what owner/chef Jack Barrow wanted it to be, “the little local place that’s convenient, casual, and comfortable.” Set just a block from the historic Barter Theatre downtown, the restaurant offers lunch and dinner, with delicious specialties like cracker-crusted trout and salmon and grits. There’s a solid wine and beer list, and freshly made desserts include a scrumptious chocolate espresso bread pudding.

Bella’s, off exit 19 on East Main, has offered freshly made Italian cuisine since 1983. Patrons clamor for the Western New York-style pizzas, subs on house-made bread and pasta.

Sure to please is the Italian Sausage and Ham Capicola sub.

This part of the country thrives on barbecue, and Doug Beatty’s Bone Fire Smokehouse BBQ, set in a renovated hardware store downtown, nails it. Bone Fire serves Southern staples like pork, brisket and turkey, and classic sides, such as the popular cornbread fritters, but Beatty is always experimenting with new sauces and flavor combinations. There’s a full bar, catering service and space for private events. The second floor live music venue, featuring a variety of genres, adds plenty to the atmosphere. Find the schedule listed on the restaurant’s Facebook page.

Laura Whitehill opened this popular doughnut and deli restaurant in 2005, and it’s still going strong with daily house-made cake and yeast doughnuts. Extended hours to 8 p.m. Tuesday-Saturday allow for dinners at the popular deli, where specialties include such homemade soups as chili, baked potato and deli bean. The Reuben and the chicken salad easily top the most popular items on the menu, along with the delicious doughnuts.

Local chain Macado’s Emory/Meadowview location keeps guests coming back with a big, diverse menu ranging from soups and salads to entrees, with daily specials all week long. Sandwiches dominate the menu, which also includes hearty pastas, burgers, desserts and a variety of salads.

This lunch and dinner destination on W. Main St. in Abingdon is known for great service and an excellent wine selection – and they make a mean martini, too. The menu at The Peppermill has creative twists, with items such as mushroom soup with orange marmalade, balsamic ravioli and braised rainbow trout. There are also standard Southern favorites like fried green tomatoes and crab cakes.

When Barack Obama was campaigning for president in 2008, he stopped at Pop Ellis Soda Shoppe & Grill for a to-go order. What did he get? A burger, fries and vanilla milkshake. Today, the W. Main St. eatery has a soda fountain look to it, with food choices such as appetizers, salads, soups, sandwiches and burgers – and Mississippi Mud Pie for dessert.