Discover what makes downtown Abingdon, Va., such an appealing place for residents and visitors alike. 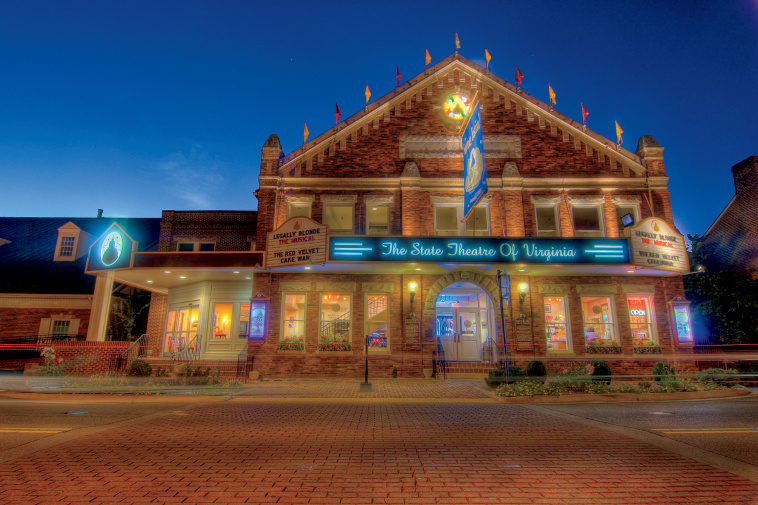 Thanks to recent accolades in popular media, the rest of the country is finding out what Abingdon residents have known for years – their community is pretty fantastic.

For example, Woman’s Day readers helped Abingdon score a spot on the magazine’s list of 18 of the Most Charming Small Towns Across America in 2015, and USA TODAY 10Best readers voted Abingdon the No. 2 Best Southern Small Town in the U.S. the same year. And that’s just the tip of the iceberg.

“We get these types of accolades all the time,â€ says Kevin Costello, director of economic development and tourism for the city of Abingdon. “The local community really loves the place they live and work in, and that sets the tone for what makes the town so special. We have a strong connection to the arts, great outdoor amenities and a fabulous downtown that includes 10 blocks of our 20-block historic district. Our architecture, homes and tree-lined streets just scream ‘Americana.’â€

The city’s historic downtown lays claim to the famous Barter Theatre, the longest-running professional Equity theater in the United States. Established during the Great Depression in 1933, the theater earned its iconic name because founder Robert Porterfield allowed patrons to pay for admission by bartering food, livestock and other goods – a practice still in place today, although far less common.

The Barter Theatre has continued to grow and thrive, with a year-round performance schedule and an annual Appalachian Festival of Plays & Playwrights that showcases up-and-coming talent. It’s a big reason Garden & Gun included Abingdon on its list of The South’s Most Creative Small Towns in 2011.

“Barter Theatre is known for many things, including creativity,â€ says Richard Rose, Barter Theatre’s producing artistic director. “Our productions are original, even if we’re doing an old standard – we do them our way. We put our own brand and creative touches on productions while maintaining their integrity, and we connect with our audiences almost better than any theater in the United States. It’s why people keep coming back to us.”

“Other than some of the banks, there are no chain establishments in downtown Abingdon,â€ Costello says.

Visitors, Newcomers Are Right at Home in Downtown Abingdon

Located across the street from Barter Theatre, the Martha Washington Inn & Spa, another popular Abingdon attraction, welcomes thousands of visitors annually. Built in 1832 as a private residence, it became a girls’ finishing school in 1858, and has been a hotel since 1935, housing famous guests such as Eleanor Roosevelt, President Harry Truman, Lady Bird Johnson, Jimmy Carter and Elizabeth Taylor.

The Martha, with 63 rooms and suites, is also well-known for its luxurious spa that offers massages, facials, body treatments and more. As a result, it’s no surprise the historic destination landed a spot on Southern Living‘s list of The South’s Best Hotels and Inns in 2016.

“I think Southern Living understands what a true gem Abingdon is in every way,â€ says Christopher Lowe, general manager of the Martha Washington. “Abingdon embodies everyone’s preconceived perception of what small Southern towns are and always will be.”

Looking for even more Southern hospitality in downtown Abingdon? Head to the Abingdon Farmers Market, where, Costello says, someone can “instantly get a sense of the community.â€ In addition, he says the year-round market provides visitors and new residents with “a great opportunity to meet and interact with locals.”

“The Abingdon Farmers Market is where community happens in downtown Abingdon,â€ Costello says.

I think Southern Living understands what a true gem Abingdon is in every way. Abingdon embodies everyone’s preconceived perception of what small southern towns are and always will be.