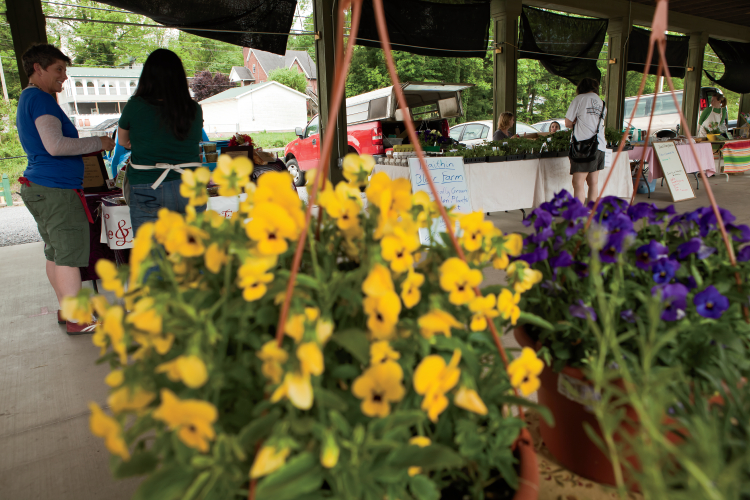 Washington County is good to the last crop, with farmers markets and food sustainability businesses that are successful. Here are examples:

Abingdon Farmers Market maintains a local-only market vendor policy, meaning vendors must have grown, raised or made the products they sell. That policy has created an appreciation for healthy choices, diversity and sustainability of foods produced in Washington County. The market runs from April through November, and approximately 1,600 customers visit Abingdon Farmers Market every Saturday morning. The market also is open Tuesday afternoons.

Glade Spring Farmers Market was established in 2006 to also offer a variety of produce from local farms and gardeners. It operates rain or shine on Saturdays throughout the warm-weather months, and is headquartered at Glade Spring Town Square. It sells fruits and vegetables from strawberries and apples to green beans, potatoes, sweet corn and melons.

Several area restaurants that use local, organically grown produce, eggs and meats to prepare menu items provide another conduit between consumers and local foods. Among those is Meadowview Farmers Guild general store in Meadowview, which runs a companion Harvest Table Restaurant.

The restaurant has an ever-changing menu that showcases the region’s freshest foods, including local grass-fed beef, native trout, organic produce and artisan cheeses. Harvest was once named the greenest restaurant from Washington D.C. to Atlanta, Ga., by Blue Ridge Outdoors magazine.

Founded in 1995, the not-for-profit, Abingdon-based organization provides a support network that newcomers to the local-foods ideal can plug into. Appalachian Sustainable Development promotes a strong local food system that benefits the consumer, the farmer and the environment, encouraging organic farming to help link consumers with local farmers and foods.

ASD owns and operates the Appalachian Harvest packing facility in nearby Duffield, where area farmers – many from Washington County – bring produce and eggs grown organically on their farms to be washed, graded, packed and shipped to grocery stores within a five-state region.

Author Barbara Kingsolver wrote a book in 2007 entitled Animal, Vegetable, Miracle: A Year of Food Life, and it brought widespread attention to a farm-to-table movement gaining momentum throughout the country. The book especially shined a spotlight on Washington County and its transition to a healthier food system that has been occurring here since the mid 1990s.