Skip to content
Home > VT > Education, Careers & Opportunity > Where to Shop Local: Made in Vermont Marketplace

Where to Shop Local: Made in Vermont Marketplace

Products made in Vermont get new marketplace to show it's more than just maple syrup. 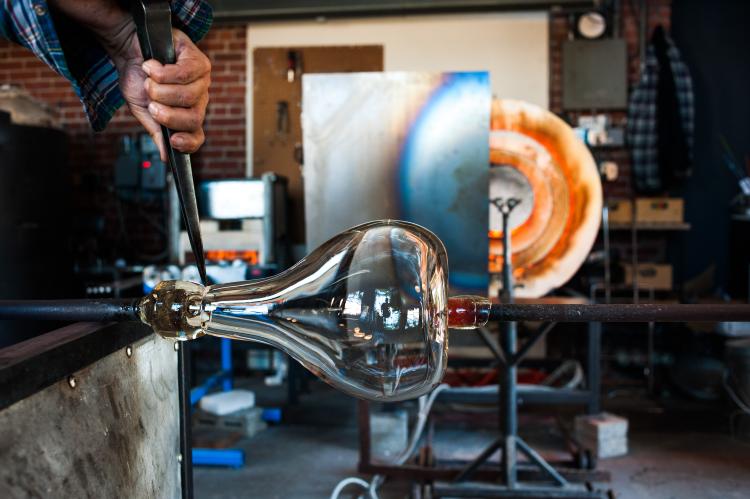 Photo courtesy of Made in Vermont Marketplace

On April 12-13, 2014, when the Made in Vermont Marketplace debuts at the Champlain Valley Exposition in Essex, Vt., Vermonters and visitors will have an opportunity to experience the variety of products that are made nearby. The marketplace, which is slated to become an annual event, will feature furniture, wine, spirits, specialty foods, crafts, home goods, fine art and more – all produced in the state of Vermont.

"Vermont is home to some of the most vibrant locally made products in the country, and Vermont's economic vitality is so much stronger when Vermonters support independent Vermont companies," says John Boutin, publisher of Vermont Business Magazine, which is producing the marketplace in partnership with the Vermont Agency of Commerce and Community Development and the Agency of Agriculture, Food & Markets.

Keeping more money in the community can help strengthen it.

"By purchasing from a Vermont company that makes products right here in the Green Mountain State, it benefits a local business sector that also lives, works and plays in our state. The decisions that the local businessperson makes generally are based on their employees, town and state, and are not made by an out-of-state business entity that knows little about Vermont and its people," he says.

The show will open with an invitation-only, business-to-business reception on April 11. Invitees will include business owners, CEOs, buyers and community organizers, and those in attendance will enjoy exclusive one-on-one time with participating producers. Boutin expects 500 people to attend the reception, and more than 4,000 people to attend the show on the following two days. Producers and vendors will be able to sell their products in the marketplace, as well as make connections with individuals and retailers for future orders.

When Vermont Business Magazine decided to launch its buy-local marketplace, it had no trouble finding support from state agencies, as promoting local goods has become an important initiative for many government leaders focused on economic vitality.

The state of Vermont is currently developing a program called Made in Vermont, which includes a labeling and certification program as well as a cooperative marketing program, says Nancy Driscoll, chief marketing officer for the state of Vermont. Through the program, companies whose products meet certain basic criteria for having been made in the state can receive a "Made in Vermont" seal to be included in their packaging and used in their advertising.

"In view of our work toward this program, when Vermont Business Magazine approached us last year and invited the state to be a sponsor of the Made in Vermont Marketplace, we saw it as an ideal opportunity to promote the concept of Vermont products and a great potential springboard for our program," Driscoll says.

When Vermonters and residents from nearby states descend on the Made in Vermont Marketplace, Boutin predicts they "will be amazed at what they can find in their own backyard!"