Fun Things to Do in Montpelier, VT

Attractions, nightlife give residents lots to do in Montpelier, VT 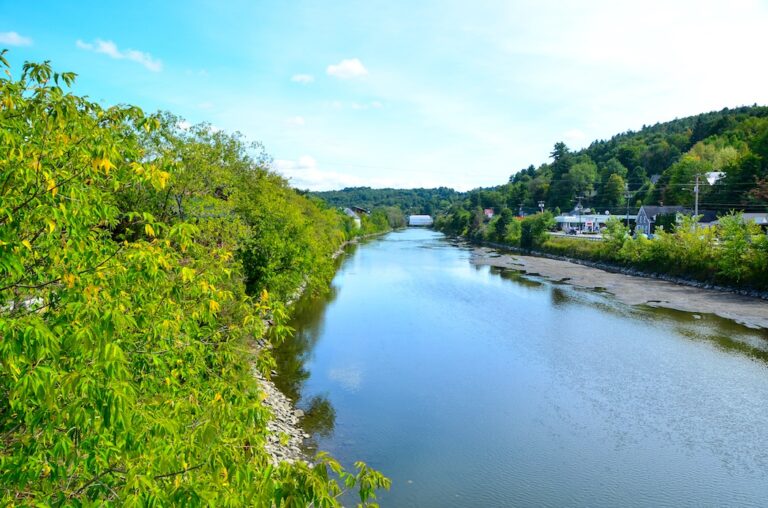 Montpelier didn’t end up on our list of the Top 100 Best Small Towns 2015 by accident. Our editors examined a range of categories and concluded that this city offers residents a high quality of life. Among the many things that caught our eye were the range of things to do in Montpelier. Take a look at some of our favorites.

As the state capital, Montpelier is brimming with history lessons, both past and present. For example, within the walls of the Vermont State House, legislators were the first to allow civil unions for gay and lesbian couples. The Greek Revival capitol building is open to the public for free, with guided tours Monday-Friday, 8 a.m.-4 p.m. After soaking up the legislative legacy, pay a visit to the Vermont History Museum and the Vermont Heritage Galleries, which chronicle the state’s history from the 1600s to the present through a series of award-winning exhibits.

Not many towns have a 185-acre park right in the middle of town. In fact, Hubbard Park, a designated nature preserve teeming with majestic oak, maple and beech trees, is a mere 100 feet from the State House and offers a scenic maze of hiking and biking trails. North Branch River Park stretches for nearly a mile along the North Branch River, providing access to canoeing, kayaking and fishing. The Winooski River flows right through downtown, just south of the State House, and offers more opportunities to get wet and wild. In the winter, Montpelier is no more than an hour drive from a half dozen ski resorts.

The Savoy Theater, a charming art house theater that doubles as a performing arts venue, features a diverse selection of independent movies, children’s films, documentaries and foreign films. The Lost Nation Theatre is home to Montpelier’s community theater troupe, and for 35 years has staged a number of performances by both regional and more renowned authors and playwrights.

Spend the day walking around downtown Montpelier browsing the assortment of independently owned shops and boutiques, offering books, rare recordings, clothing, arts and crafts, and antiques. Be sure to stop by the Capital City Farmers Market, which brings more than 50 local vendors downtown from May through October to sell locally grown and made foods and products.

Grab a Bite and a Pint

In 2009, the Vermont legislature launched the statewide Farm to Plate Initiative to help strengthen the Vermont food system. The results have been delicious. Thanks in part to a rich agricultural heritage and the inspiration of chefs, many of whom trained at the New England Culinary Institute, Montpelier’s restaurants offer a range of farm-to-table cuisine.

At Kismet, chef and owner Crystal Maderia serves up a seasonal menu that changes from week to week, which means diners are always treated to something new – whether it’s your first visit or your 31st. Other restaurants serving farm-to-table fare include Salt Cafe; NECI on Main, run by the students at the culinary institute; and The Skinny Pancake, an all-day creperie. Montpelier is also known for its great neighborhood bars, particularly the Three Penny Taproom, which the Boston Globe called a craft beer mecca for the variety of brews on tap, including several from Vermont breweries such as Hill Farmstead Brewery and Citizen Cider.