How to Survive a Move Away from Family 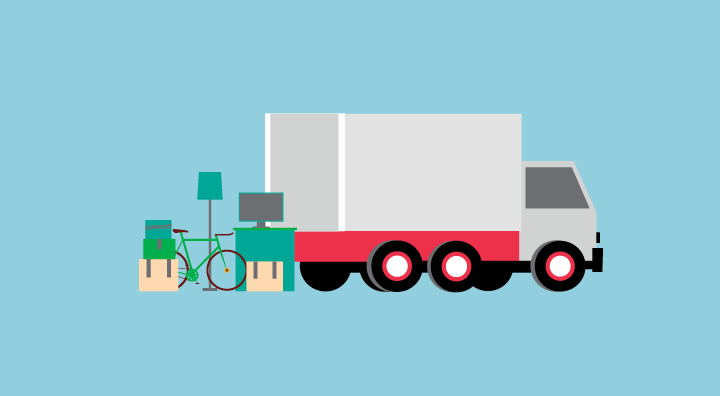 Even though Cameron Watson grew up in Alabama and spent most of his adult life in Atlanta, he always felt like a fish out of water in the South. So in 2010 – without a job or a plan – Watson packed all his belongings and moved to New York City.

Watson is one of thousands of African-Americans who relocate each year, leaving family and friends to find themselves alone and sometimes struggling to build a new network of support and forge connections to their new home. But while the process of “fitting in” can be daunting and even scary at times, it can also be incredibly rewarding.

How Far Should You Live From Your Family?

A few months after he moved, Watson found himself questioning his decision.

“It was cold because I moved in the winter. I had lost my bubble of comfort, because in Atlanta, I had a routine. I had friends. I knew which stores to go to to get my essentials,” he says recalling those first days in his new city. “But in New York, I didn’t have friends, and I had zero family, so it really was just stumbling my way through those first few months and just learning by trial and error. I think most of my family and friends thought it was a phase, like ‘Oh, he’ll be back in a minute. That’s not going to be for him. He’s not going to be able to last very long up there. We’ll see him back down here real soon.’ I’d say in those first months, I would have agreed.”

Newlyweds Brittany and Jamaal Parker, who moved from St. Louis to Seattle after marrying in 2013, also found moving to a new cityand finding a network of friends was difficult. Jamaal relocated first, after securing a job as an epidemiologist, and Brittany, a teacher, soon followed.

“I think the first year that we moved here, Seattle was novelty, and we were newly married, so it was OK,” Brittany says. “But that second year, we hated it. We were like, ‘We’ve got to find somewhere else to go.'”

Relocating Your Family: 5 Ways to Make Moving Fun for Kids

A major issue was the close-knit nature of the Parkers’ new neighbors and co-workers that made it difficult to make new acquaintances. The couple was used to being around more extroverted people, who, following Southern culture, seemed to more openly welcome newcomers.

“Seattle’s a very introverted city,” Brittany Parker says. “That was something I’d never experienced. The South wasn’t like that. In St. Louis, within a week [of moving], you’d have at least three new friends and at least one who would invite you over to have Sunday dinner with them. But in Seattle, it took us maybe about a year and some months to actually make friends.

“One of my fellow teachers who was born and raised here said it’s really hard to break into friend groups because people keep their friends really close and their circle of friends really tight, which is not necessarily a bad thing. I’m an extrovert; I’m really outgoing and so is Jamaal, but after the first six months, we wondered if we would ever have friends.”

The couple eventually did what many millennials do – they turned to the Internet to help solve their problem. They joined a Meetup.com group for African-American couples and through that group were able to meet other people and “within the second year, we actually had a group of friends that we could go over to their house or they could come over to ours, and it really felt natural,” Parker says.

How to Move Your Pets: Tips on Moving With Dogs, Cats and More

Across the country in New York, Watson took a page from the television program Cheers and found his comfort zone in a restaurant in his new neighborhood.

“The first group of friends I made was actually at a restaurant about six blocks from my first apartment. I could walk there really fast, day or night, winter or summer and meet my friends – and in turn be introduced to their friends,” Watson says. “That’s actually how it happens here. You can’t tackle the whole city, so you end up just tackling this little microcosm, and for me, it was the restaurant down the street.”

He says his friends from that restaurant helped him secure his first job as a graphic designer at an advertising firm.

“Contrary to popular belief, New Yorkers are very helpful,” he says. “I think it’s because there are so many transient people here, there’s just an written code. If you aren’t a native, you were probably in the same situation at some point and needed people to help you, so there’s this pay-it-forward model that’s alive in New York that people are really willing to help you, willing to guide you and willing to give you direction. I never had that bad, rude New York moment.”

While both Watson and the Parkers were able to successfully navigate the landscape of their new cities, they both admit managing the physical distance from their friends and loved ones can be challenging.

“Our first year here Jamaal’s grandmother passed away. It came pretty suddenly, and that was the first time where we were like, ‘Oh man, are we sure that we really want to be this far away?’,” Parker says. “But we got through it, and as time went on, it just didn’t feel as difficult. It wasn’t as hard. My mom, she asks all the time, ‘So do you guys really think you’re going to stay there for a long time?’ My family would love if we would move back, but at the same time, I think even my family has adjusted.”

She says apps, such as Skype and GroupMe, have helped her stay in touch with family and friends “back home,” but what has helped the couple most has been maintaining a positive attitude about their new digs.

“One thing that helped us when we were feeling homesick is we’d start listing all the things we love about Seattle,” Parker says. “The job market is really great out here. It’s beautiful, and there are so many things to do outdoors. We’ve made friends. It’s a good place to raise kids one day. We just try to think about all the good things.”

Watson agrees. He says while it can be difficult convincing his Alabama friends and family of New York’s merits, he’s happy with his new life in the Big Apple.

“I was surprised at how easy it was for me to switch and become a New Yorker,” he jokes,”but I’ve already passed five years; I’m ready to make it 10.”