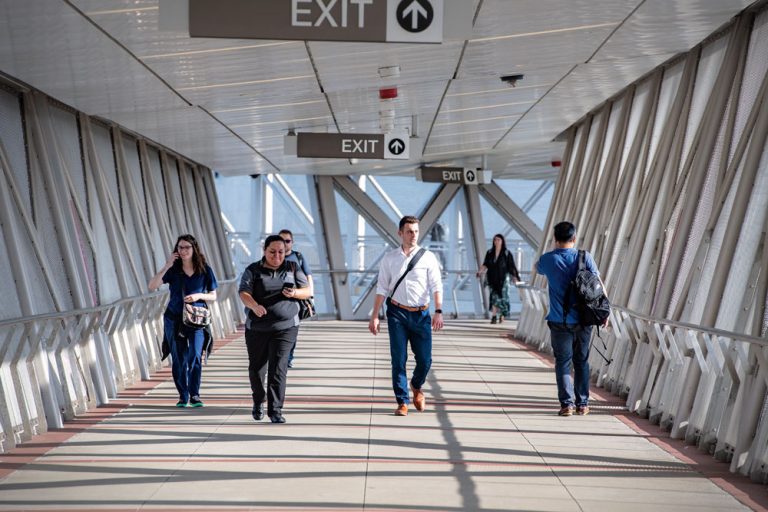 Northern Virginia offers abundant options for getting around, including extensive commuter transit, access to international airports and a location along two major interstates.

Interstate 95 and I-66 put five of the nation’s top 10 markets within a day’s drive. The Capital Beltway (I-495) also serves motorists throughout the region, and so does I-395.

“VRE has grown from serving fewer than 5,000 daily commuters during its inaugural year (1992) to nearly 20,000 riders per day today,” says Doug Allen, CEO of Virginia Railway Express. “VRE has grown to become a vital component of the Northern Virginia transportation network, providing much needed rush hour capacity in the busy I-66 and I-95/395 commuting corridors.”

The Washington Metropolitan Area Transit Authority, or Washington Metro, operates Metrobus and Metrorail service. The Metrobus operation has 1,500 buses serving the D.C. region 24 hours a day and seven days a week, while the Metrorail commuter rail network has 91 stations.

A key part of the Metrorail system for Northern Virginia residents is the Silver Line, which opened to the public in 2014 adding five new stations to expand into McLean, Tysons and Wiehle- Reston East, as well as Greensboro and Spring Hill. The addition of the Silver Line makes it possible for many Northern Virginia residents to easily commute to their jobs in Arlington and downtown D.C. without ever having to transfer.

Amazon’s selection of Northern Virginia for one of its two new headquarters sites is also spurring investment in infrastructure. Virginia will invest up to

$195 million for new or expanded transportation projects, including an additional entrance to the Crystal City Metro station and upgrades to U.S. Route 1 in Arlington County, to improve mobility in the region.

Tysons alone draws more than 100,000 workers from throughout the region and attracts 55,000 shoppers every weekday – many of whom arrive by train to spend money at super-regional malls Tysons Corner Center and Tysons Galleria. A transit plan for Tysons includes a goal of having 95 percent of residents within a half-mile of at least one Metrorail station.