Northern Virginia is a Prime Spot for Cybersecurity Recruitment 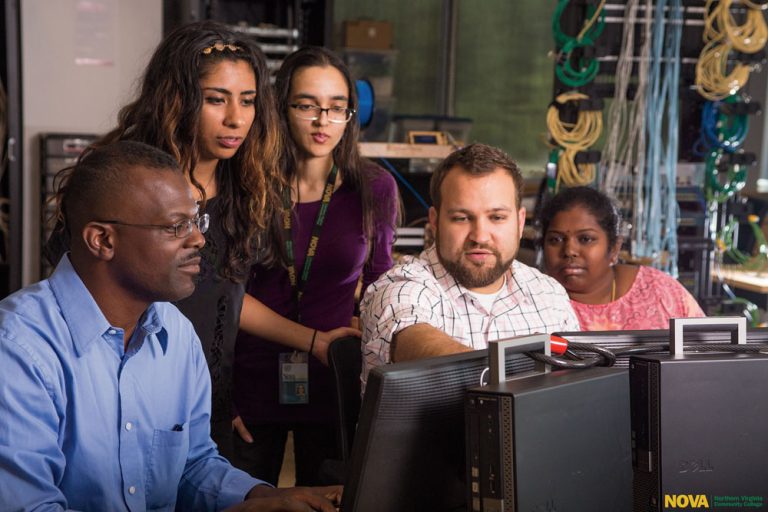 The world increasingly is powered through technological connections. Experts believe that 200 billion connected items will be in use by 2020; this amounts to 26 smart objects for each individual on the planet. However, many technologies – including cars, smart home alarm systems, implantable medical devices, plane systems, critical infrastructure, mobile banking apps, smart city technology and traffic systems — are vulnerable to hackers. Therefore, cybersecurity is critical to the nation’s and world’s well-being.

Virginia, already home to one of the nation’s largest data center markets, has emerged as a cybersecurity leader. The state currently has the third-highest concentration of cybersecurity workers in the nation. Its cybersecurity epicenter is Northern Virginia, where one-tenth of the top Cybersecurity 500 global firms – including Northrop Grumman, DXC Technology and L-3 – have a presence.

Fairfax County alone is home to more than 350 cyber firms, ranging from startups to Fortune 500 companies.

“Northern Virginia, due to its proximity to the nation’s capital and Virginia’s desirable business climate, is a very popular location for cybersecurity businesses,” says John von Ruden, president of Information Systems Security Association’s Northern Virginia Chapter (ISSA-NOVA). “Contracting businesses or companies with a strong cybersecurity division want to be near where federal decision- makers work. I call it ‘Silicon Valley East for Cybersecurity.’”

Despite its importance, many cybersecurity jobs go unfilled. Approximately 300,000 U.S. cyber jobs currently are open, but companies are having difficulty finding qualified candidates. Many industry experts see Northern Virginia as a critical part of the cybersecurity talent pipeline. The area offers a prime spot for recruiting and developing cyber expertise, including military veterans who are returning to civilian life.

Some area higher education institutions are helping to fill the pipeline. For example, Northern Virginia Community College (NOVA) offers a cybersecurity program that is mapped to cybersecurity standards created by the Department of Homeland Security and the National Security Agency. The college’s program, which was designated as a National Center of Academic Excellence in Information Assurance from 2013-2015, also is a founding member of the National CyberWatch Center, a higher education consortium focused on cybersecurity education.

Northern Virginia also is a leader in training current cybersecurity professionals, who must continually upgrade their knowledge of rapidly changing threats. For example, many college graduates who have majored in a technology-related field may be at a loss in relation to cybersecurity. Security University, which has a training facility in Herndon, offers short five-day sessions that provide what Sondra Schneider, company founder and president, calls “sips of information.”

These short programs allow participants to learn critical information that they can immediately apply in their jobs. In addition, Security University offers an apprenticeship program that includes training and mentoring designed to broaden the skill set of currently employed technology workers.

ISSA-NOVA, which is one of the world’s largest chapters, provides support to its members, which include U.S. government workers, contractors and cybersecurity students. The chapter offers monthly meetings on diverse topics ranging from technology to policy perspectives.

These types of efforts offer an oversized benefit for Northern Virginia’s economy. A study by George Mason University found that a GO Virginia $500,000 grant that was awarded for cybersecurity training to Security University resulted in the filling of 300 jobs and created nearly $57 million in additional labor income for Virginia workers.

The researchers estimated that this project’s impacts will yield an additional $2.1 million of state tax revenue.

“That means that every 300 people who are trained (in cybersecurity through this type of program) will result in an additional $2 million in state revenue,” Schneider says. “That’s the best return on your money that you’ll ever get.”