Northern Virginia Offers An Array of Arts, Culture and Entertainment

Northern Virginia's diversity is reflected in its cultural mosaic 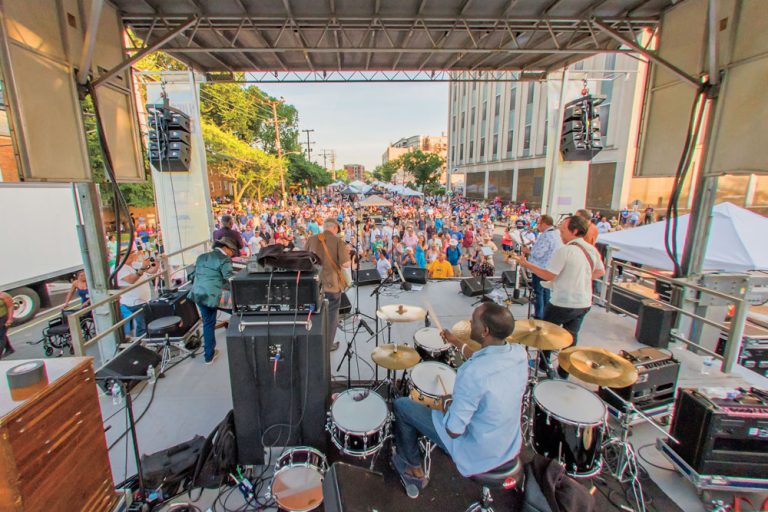 Northern Virginia offers a fascinating cultural kaleidoscope. Nearby is Washington, D.C., the nation’s capital and home to a multitude of museums and monuments. But take a closer look at the region west of the Potomac River and you will discover a colorful display of:

A gem in the region is Wolf Trap in Vienna, the only national park in the country dedicated to presenting the performing arts across all genres from world-renowned artists during the summer season. Popular are two free annual celebrations — the Summer Blast Off! with the U.S. Marine Band and a winter Holiday Sing-A-Long. Year-round, guests enjoy outdoor activities on the property donated by philanthropist Catherine Filene Shouse in 1966.

Approximately 400,000 guests see performances each year at the

Filene Center, an open-air 7,000- seat amphitheater, The Barns at Wolf Trap and Children’s Theatre in the Woods.

“Catherine Filene Shouse conceived the park (Wolf Trap) as the ‘People’s Park’ – a 117-acre cultural haven that offers something for everyone. That is a vision we continue to honor today through diverse programming and creating a truly memorable experience for our patrons,” says Arvind Manocha, president and CEO, Wolf Trap Foundation, the nonprofit that partners with the National Park Service to manage Wolf Trap. “Hearing your favorite artist, surrounded by loved ones on warm summer nights in our beautiful national park, is a timeless experience.”

Additionally, Wolf Trap’s Institute for Early Learning Through the Arts makes a vital contribution to early childhood education, providing services for more than 75,000 young children and educators through a network of 19 affiliate programs across the U. S. and abroad.

Falls Church Arts is an all- volunteer organization that has a large central gallery with classroom space teeming with exhibits and instruction in many disciplines. Shows and events are free, but the main FCA goal is to take art out of the gallery and to the public.

“Our annual Scenes in the City Plein Air Festival and Halloween Window Painting Festival have run for a decade or more and we have booths at the Saturday Falls Church Farmer’s Market — with our programming called “pARTicipate,” says Barbara Cram, president of the board of directors. “The Americans for the Arts estimated the arts have a strong economic impact in our city. Our efforts generated over $20 for each $1 spent.”

Columbia Pike is often called the ‘world in a ZIP code’ because of the more than 130 nationalities that live along the historic corridor in Arlington. A crowd of about 8,000 comes for the daylong Columbia Pike Blues Festival in June.

The organization runs the event and other activities, including two farmers markets, movie nights, the Columbia Pike Fall Festival and the new Paws on The Pike.

“The Blues Festival has been happening for the past 24 years, drawing neighbors and others to the Pike for a day of music with blues headliners, great local food and highlighting the diversity of the Pike community,” McWilliams says.