Northern Virginia taps into the craft movement in breweries, distilleries and wineries 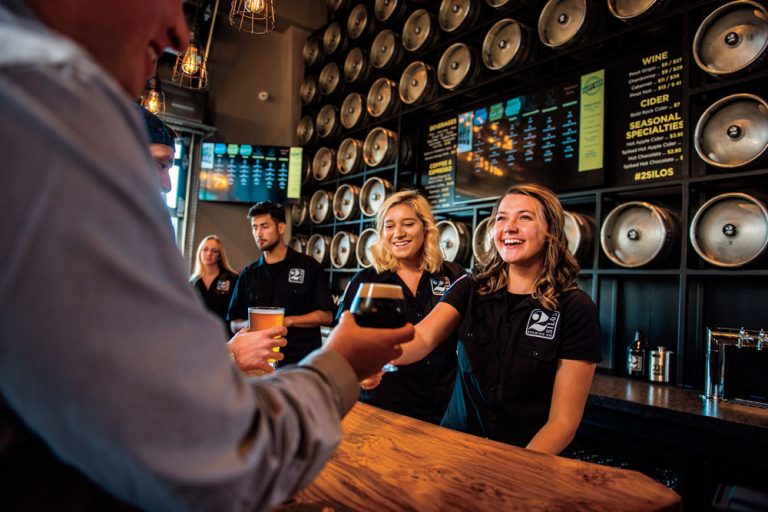 The history of Northern Virginia is as lush and rich as the fertile farmland that covers the region. And both are being used to tap into the expansive growth of locally produced craft beers, wines and spirits.

This market opened up in 2012 with the passage of a state law allowing the sale and consumption of alcohol on the premises of breweries, distilleries and wineries, making these businesses more economically viable. Since then, the number of licensed breweries in Virginia has grown from 44 to more than 250, and the spirits industry has grown by 433 percent, with nearly 60 licensed distilleries now in operation.

Northern Virginia has been a substantial contributor to this growth, in part because of the strong connection locals have to the region, where the history is measured in centuries.

“There are people whose families have been here for multiple generations, and they love supporting local. That’s big around here,” says Caleb Ritenour, who co-owns Alesatian Brewing Company in Winchester with his father, Benjamin. “So the response (to new local breweries and distilleries) has been tremendous. There has been steady growth over the last three or four years. We have a ton of regulars from right here in the community.”

Alesatian opened in 2016 as a small, three-barrel brewery. But Ritenour says the response has been so positive that there already are plans to expand to a larger production facility within the next few years.

The size of 2 Silos Brewing is an example of the impact such businesses can have on the local economy. Operating out of a 14,000-square-foot facility on an 8-acre farm, 2 Silos employs more than 100 people and attracts visitors from Washington, D.C., as well as several surrounding states. People come for the beer, as well as for regular concerts and other events.

“We have a small army working to do what we do,” says 2 Silos co-founder and head brewmaster Forrest Morgan. “Our goal is to offer something for everybody, and that translates not just to the beers but to our entire complex.”

While the beer business often foams to the top in terms of publicity, there also are plenty of wine lovers in Northern Virginia. Gerhard Bauer and his son, Max, have discovered that since opening Otium Cellars in 2013 on a 36-acre horse farm in Purcellville.

Otium began with a small tasting room, but quickly expanded it to 2,000 square feet. The winery then added an events area that nearly quadrupled the space, enabling Otium to hold weddings and large corporate events.

“It’s certainly been a change of pace for us from when we first opened up to where we are now,” Max Bauer says. “We have live music and food trucks. It’s a busy vineyard all of a sudden.”

Otium is far from alone in this rapid rise. Bauer has lived in Loudoun County since the early 1990s, and he has noticed that the number of tourists in the area has increased in recent years, right along with the growth in craft spirits.

“The wineries and breweries and distilleries have been springing up left and right. This has made the area more of a tourist destination,” Bauer says. “There are a lot of out-of- state people coming here to visit these places, and that’s brought more money to the area.”

Visitors also are attracted to the region by festivals such as the Northern Virginia BrewFest, a semiannual event that features microbrews from more than

“That’s a great way for people to try something new and find out what these beers are all about,” Morgan says. “Everybody is different. So there are a lot of different beers that people can try and make their own.”