Things to Do in DeForest, WI 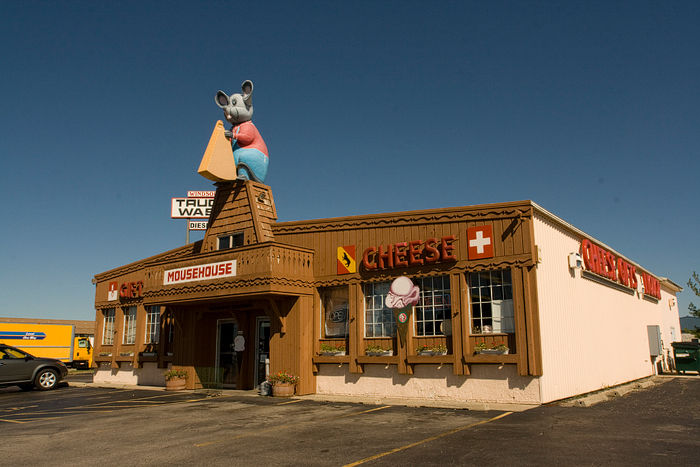 Whether you’re planning to move to DeForest, WI or just want to visit, you’ll find a solid collection of things to do, from fun festivals and great restaurants to sporting events and natural attractions. While nearby Madison, the capital of Wisconsin, contains a full range of big-city activities, most people living in DeForest find that they don’t need to cross the city’s border to have a great time. Here’s a look at some of the best things to do in DeForest.

Living up to Wisconsin’s reputation as the cheesiest state in the nation, the Mousehouse Cheesehaus, just eight minutes from downtown DeForest, provides a real slice-of-life experience. This popular roadside attraction sells a wide assortment of cheese, homemade fudge, sausages and gifts. Visitors won’t want to miss a walk through the Mousehouse.

For an authentic taste of DeForest, be sure to stop at Norske Nook, a restaurant and bakery renowned for its homemade Norwegian food and delicious pies that are made from scratch with hand-rolled crusts. Among the traditional Scandinavian desserts offered at Norske Nook are sandbakkels, tiny pastry pies; rosettes, similar to fried doughnuts; and almond cake. Friday nights are popular, when the restaurant serves all-you-can-eat cod, beer battered or Boston-style baked.

Other popular restaurants in and around DeForest include bb Jack’s, offering a variety of meals from Mexican items to sandwiches and wraps, salads, burgers and pizzas; Rodeside Grill, serving breakfast, lunch and dinner, including unique burgers like the Krunch Burger, which is topped with potato chips, and the Sassy Cow, which is stuffed with cheese curds; Arandas Mexican Cuisine and DeForest Family Restaurant.

Residents in DeForest are treated to year-round fun, from festivals to sporting events. Here’s a list of some of the most popular.

From movie theaters to performing arts venues, DeForest and nearby cities provide outstanding entertainment options. The city hosts summer concerts at Fireman’s Park while DeForest Area High School hosts a variety of performances at its auditorium. Nearby Madison features places like the Overture Center for the Arts, which hosts plays, comedy shows, musicals and art exhibits. Barrymore Theatre and Orpheum Theater draw hip crowds to see an assortment of up-and-coming bands along with more established entertainers. The Fireside Theatre in Fort Atkinson, about 30 minutes from DeForest, provides a cozy setting to enjoy dinner and musicals, concerts and comedy.

The stretch of the Yahara River that flows through DeForest has been identified as one of the most biologically unique and pristine watersheds in the state. Biologists have discovered 19 species of fish in the river, which has remained a protected waterway. The river provides residents with opportunities to fish, canoe and kayak, bird-watch and hike. Currently, 3 miles of trail run along the river, from South Street to Windsor Road. Sunfish Pond provides great opportunities for youth fishing and more passive recreation.

More than 7 miles of connected pathways and trails allow residents to run, bike or walk around town. The city’s trails are used by snowshoers and cross-country skiers during winter months, and connect neighborhoods to shopping areas, parks and athletic fields. When completed, the Yahara River Trail System will include 18 miles of trail, eventually connecting with the city of Madison at Cherokee Marsh. Nature lovers will find untouched views at Bakke Conservancy, Schweer’s Conservancy and Yankee Environmental Conservancy. Each of these protected areas provides pristine habitat for birds and other wildlife.