Looking for a creative, affordable and evolving place to put down roots? This Wisconsin region is where it's at. 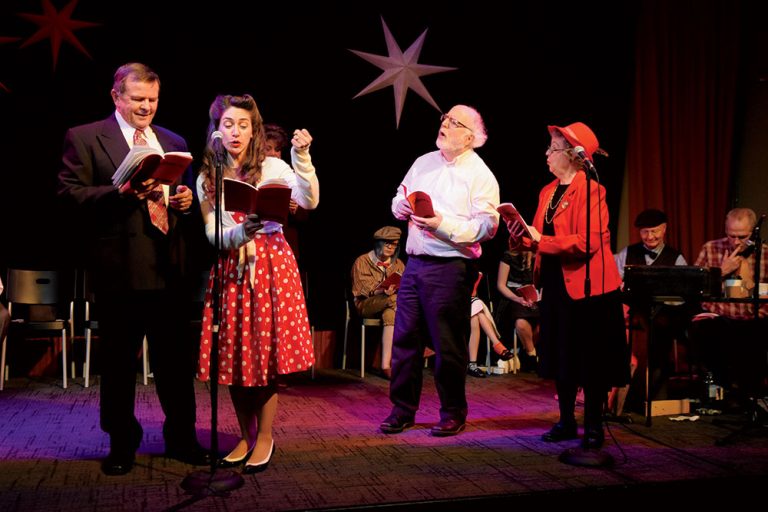 If you’re in search of a fantastic place to put down roots, look no further than the 10-county West Central Wisconsin region, home to a varied collection of distinctive communities offering big-city amenities without the big-city hassles.

Residents enjoy quick commutes, with nearly 71 percent of locals reporting 30-minutes-or-less drives to and from work, as well as affordable housing and living costs that are below the national average. Plus, the region is known for its incredible arts and culture scene, and it lays claim to several revitalized downtowns serving up plenty of local flavor in dining, retail and entertainment options.

Located in downtown Menomonie, the Mabel Tainter Center for the Arts is a must-visit destination for those who appreciate historic architecture and top-quality entertainment.

The 280-seat theater was built in 1889 as a tribute to the late Mabel Tainter – a young woman who loved music and the arts – and still features many of its original furnishings, including a Steere & Turner tracker pipe organ. Listed on the National Register of Historic Places, the Mabel Tainter Center for the Arts draws residents and tourists alike with more than 40 annual performances. Its Fine Arts and Crafts Fair, which takes place each holiday season, features the works of more than 30 local and regional artists and fine craftspersons.

To the west in Chippewa Falls, the Heyde Center for the Arts is also housed in a historic structure – the neoclassical-designed McDonell Memorial High School building, constructed in 1907 – which was renovated and restored by the Chippewa Valley Cultural Association Inc. and now draws approximately 18,000 patrons annually. The venue hosts an array of events, including comedy shows, theatrical productions, musical performances and visual arts presentations.

Downtown Eau Claire is another top spot for arts and entertainment, home to the $51 million Pablo Center at the Confluence that is operated by the University of Wisconsin-Eau Claire. The state-of-the-art venue is a prime example of the area’s revitalization, which has ramped up in recent years and is showing no signs of slowing down.

For example, downtown Eau Claire includes Mona Lisa’s, an Italian and Mediterranean restaurant, as well as Mogie’s Pub & Restaurant, a Cajun-inspired spot called Stella Blues and The Livery Restaurant and Saloon – all of which are situated in historic buildings and owned by partners John Mogensen and Lisa Aspenson.

Fun for All Four Seasons in Greater Eau Claire

Together, the pair have renovated more than 100 Eau Claire properties and own 300-plus parcels in the area, and they’re committed to helping their community continue growing into a thriving center of high-quality arts, culture and cuisine.

“Investing in downtown Eau Claire is important to John and me – this is where we’re from, after all – and we have a passion for bringing historic buildings back to life,â€ Aspenson says. “Now is an exciting time to be here because there’s a lot going on, and Eau Claire is finally reaping the benefits of the redevelopment and revitalization work residents have been doing for more than 20 years. Plus, our arts and culture scene is getting attention and attracting a creative class of people, and that’s exciting to witness.”

Downtown Stockholm, located about an hour’s drive from Eau Claire, is also undergoing a revitalization, which has been spurred on by the establishment of the WideSpot Performing Arts Center. The venue, located on the second floor of the Spring Street Arts Building in Stockholm’s original opera house, draws local and national performers who take the stage for musical, theatrical and spoken-word performances throughout the year.

“Stockholm stands at the center of an art-centric area,â€ says Alan Nugent, one of the founders of WideSpot Performing Arts Center. “It was reborn in the 1980s and ’90s by a concentration of artists, mostly from the Twin Cities, who were drawn to the beauty of Lake Pepin and the charming village of Stockholm, and today the community has become a major destination for artists and art lovers alike.”