Things to Do in Middleton, WI 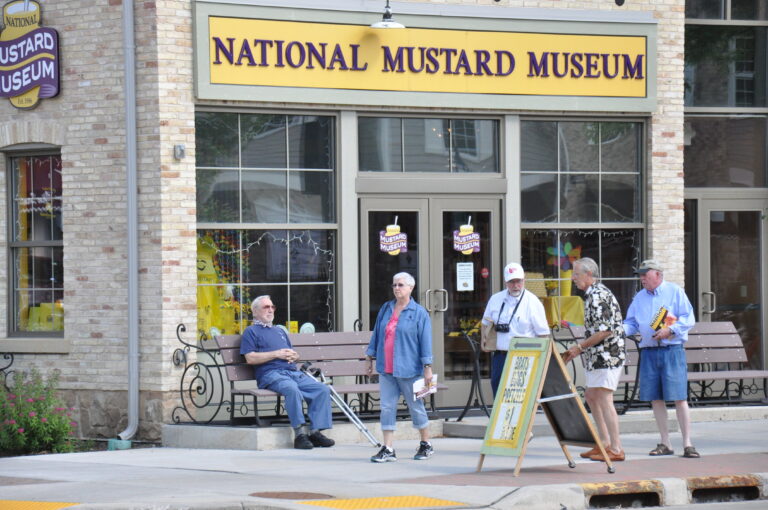 Residents of Middleton, WI routinely refer to their city as an “artsy” area, with a variety of things to do that includes cultural venues, parks and a vibrant downtown. More than 25 percent of the city has been reserved for public open space use, such as parkland, and a trail system connects all parts of Middleton. Middleton offers more than 65 eclectic restaurants. The city’s seven hotels stay filled with tourists and visitors who come to enjoy the many great things to do in Middleton. Here’s a look at some of the most popular activities in and around the city of Middleton.

BIGGEST OF THE SMALL: See where Middleton ranks in our Top 100 Best Small Towns.

From the hiking paths at Pheasant Branch Conservancy, a 550-acre protected wildlife area, to the bike trails at the city’s bike park, residents in Middleton have plenty of choices when it comes to picking a route and getting some fresh air. Middleton’s extensive network of sidewalks, paths and trails connects residents to nearly every part of the city, including shopping centers, schools and parks. Wayfinding signs found along many trails feature helpful QR codes that, once scanned with a smartphone, provide helpful information such as where to find nearby places to eat. Local trail systems provide even more opportunities to bike, hike, run or walk in beautiful and safe environments. These include Capital City State Trail, a 17-mile paved loop through Madison, and Devil’s Lake State Park, which is about 45 minutes northwest of Middleton. During winter months, many residents take advantage of the snowfall by heading out to Pleasant View Golf Course, which offers four cross-country skiing trails at no cost. Other trails around the city provide opportunities to snowshoe and snowmobile.

Within a 2-mile radius of downtown Middleton are more than 10 pubs and bars, including the capital of beer brewing in Wisconsin, Capital Brewery. The brewery, which has won numerous awards over the past 30 years, includes a beer garden that opens from April through October and hosts live music. Commonly called “Middleton’s backyard,” the beer garden typically attracts more than 1,500 patrons on Fridays during the summer months. Tours ($7) include free tastings along with an up-close look at the beermaking equipment. Other pubs and bars like The Free House Pub, Mid Town Pub and Craftsman Table & Tap offer delicious food to pair with drinks.

Eating Out in Middleton

Middleton residents treasure the city’s farm-to-table restaurants, where local produce is highlighted. One of the most popular local restaurants is 1847, which is located in the historic Stamm House, the oldest commercial building in Dane County. Chef Nick Johnson, who was nominated for a James Beard Award, has created a menu that honors the agrarian roots of Middleton. Current entrees include pork schnitzel, poppy seed tagliatelle and pan-roasted lake trout. While the Hubbard Avenue Diner and Bakery in downtown Middleton serves breakfast, lunch and dinner, its most popular items are pies. The bakery offers more than 100 varieties of made-from-scratch pies, including after-dinner mint, lemon cream and Mississippi mud. Middleton’s restaurants cover nearly every ethnic cooking style you can think of, from Bavarian and Chinese to Italian, Mexican and Japanese.

The Middleton-Cross Plains Area Performing Arts Center hosts a variety of plays, musicals and concerts. Most often, the center is used by high school students and community members, providing space for choral programs, dance competitions, plays and presentations. Hardly a day goes by that the PAC is not in use. The center offers 899 seats overlooking a proscenium arch stage, which has a 50-foot fly space and removable orchestra pit cover. The theater space includes a pair of balconies and an open performing area.

Ever wondered how many different varieties of mustard there are in the world? Well the National Mustard Museum will give you a pretty good idea. This free museum in downtown Middleton displays more than 5,600 types of the yellow condiment. It was founded by Barry Levenson, who in 1992 left his job as an assistant attorney general for Wisconsin and opened his collection of mustard to the world. It’s also home to Poupon U, aka America’s Mustard College, which appears to be more about selling T-shirts than an actual college education, but they do have a few fight songs.

Middleton Public Library gives residents more than just the opportunity to check out books. The library offers story time and programs for children, afterschool sessions and classes for teens, and technology classes and talks for the whole family. The library was once named one of the best in the state.

BOOK WORMS: See which cities have the best libraries for kids.