How Milwaukee Became the Epicenter of America’s Most Underrated Industry: Water

Milwaukee harnessed technology, innovation and a prime lakeside location to become a world leader in the $483 billion water industry. Here's how. 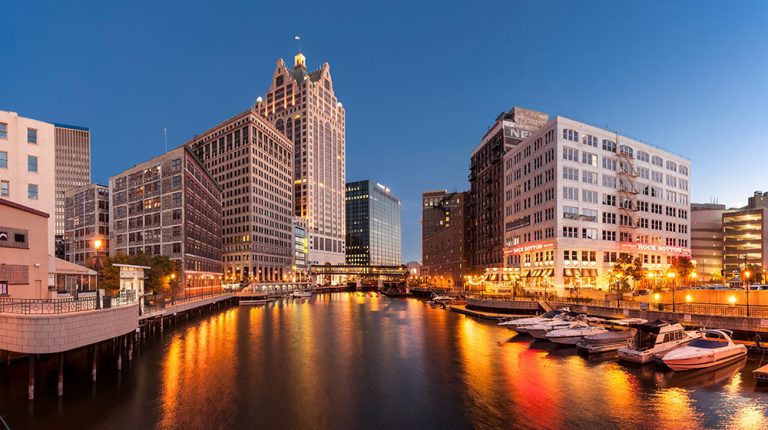 The greater Milwaukee region has always been home to companies that relied on water to operate and grow their business. In the early days, it was for ease of shipping for brewing and other industries. While most of those industries are long gone – or in the case of brewing, much smaller than they used to be – the city’s knack for utilizing water in innovative ways has taken center stage.

Today, Wisconsin’s largest city is working to center itself as a global hub of freshwater technology. In 2009, Milwaukee was designated a United Nations Global Compact Innovating City, one of only five cities to receive the honor. Deemed “The Capital of Waterâ€ by Forbes, Milwaukee is awash with water-related job opportunities, research and world-changing technology.

Onshore Outsourcing: Why More Companies Are ‘Outsourcing’ to Small Cities

The Great Lakes contain one-fifth of the world’s fresh surface water, and Lake Michigan provides roughly one billion gallons of fresh drinking water daily. Milwaukee is on the western shore of Lake Michigan and sits at the confluence of three rivers that converge on Milwaukee’s port. Though often overlooked in their importance to Milwaukee’s status as a water hub, those rivers are crucial in water research. Each of them represent the three areas of concern for scientists studying water contamination and pollution – agricultural runoff, suburban land use and a dense urban area.

Globally, 1.8 billion people still drink contaminated water, according to the World Health Organization. An estimated 842,000 people die each year from diarrhea caused by unsafe water, often because of lack of sanitation. The global water industry is estimated at $483 billion and growing several percentage points a year, according to Global Water Intelligence.

With its location between Lake Michigan, Lake Superior and the Mississippi River, Wisconsin’s history is indelibly tied to water. The earliest settlers were here because of fur trading. As the state grew and Milwaukee became the biggest city, industries like tanning, meatpacking and brewing took over the economy. According to Dean Amhaus, the president and CEO of the Water Council, the idea of a water-based industry in Milwaukee is not particularly new, but it was the creation of the Water Council in 2007 that spurred the idea that combining the knowledge of these businesses together might center Milwaukee as a hub of freshwater technology.

An organization unlike any other in the United States, the Water Council works to harness the power of the members of the area’s water-related industry by supporting economic growth in the region, attracting new talent and developing the technology to solve the world’s water problems.

From cross-sector business and research partnerships to grants, incubators, start-ups, the Council interacts at all levels of business, government, academia and more to help build and expand the water technology industry in Milwaukee.

But business isn’t the only field involved in Milwaukee’s water renaissance. The University of Wisconsin-Milwaukee is home to a School of Freshwater Sciences, the nation’s only graduate school dedicated solely to the study of freshwater. Marquette University has added a water law program.

Becoming a hub means not just drawing in or using the talent already in place, but developing it as well. Much of this is taking place at the Global Water Center, a 98,000 sq. ft. revamped warehouse that’s home to water-centric research, office and collaboration facilities for universities, existing water-related companies and new, emerging water technology companies.

In many ways, the freshwater revolution happening in Milwaukee goes under the radar because most people in the U.S. have access to clean water as easily as turning the tap, Amhaus explained. “It’s just not something that a lot of citizens think about because when they turn on the faucet, the water is going to be there,â€ Amhaus said. “When you live in a place where that’s not going to be the case, where there isn’t water or the quality is questionable, then you’re looking for people to help solve that problem.”

One reason why this industry has worked so well in this particular location is that Milwaukee is home to businesses that take part in the full cycle of water, from sewage and wastewater to purification, reuse and delivering of water. Being involved from start to finish, so to speak, gives the area an edge.

There are now more than 200 water-based businesses in southeastern Wisconsin, everything from giants like Kohler (faucets and toilets) and Veolia (sewage filtration) down to start-ups that are all inextricably linked and committed to a better future not just in the industry at home, but for global water health.

“Pumps and meters and faucets and toilets may not be the sexiest thing that people think about for Milwaukee, but it is putting us on the global map,â€ Amhaus said. “People are looking for solutions that we have here, which makes Milwaukee very special.”