Milwaukee may be the city that beer built, but these days it’s earning a reputation as a dining destination 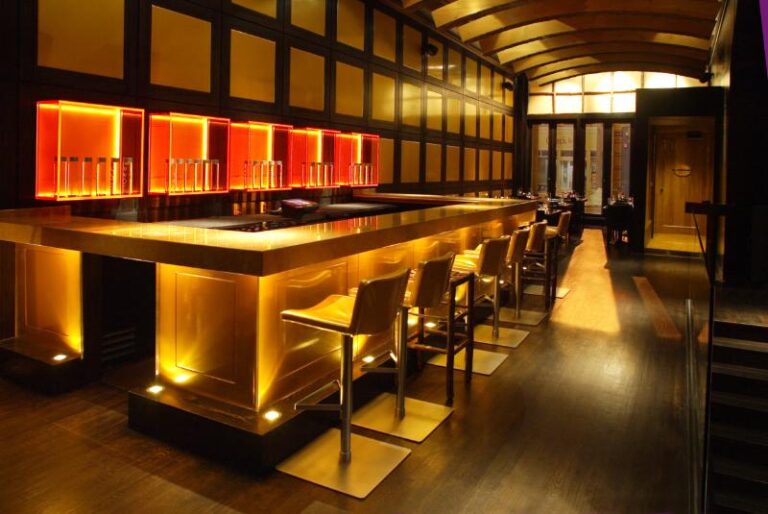 Milwaukee may be the city that beer built, but like the municipality itself, its restaurant scene has expanded and diversified in recent years. Concept eateries like The Vanguard (sausages and booze) and Holey Moley (a craft doughnut shop) are in vogue, as are establishments that appeal to foodies and devotees of the farm-to-table movement. Some neighborhoods – like Bay View and Walker’s Point – can even be described as restaurant-centric.

Following are a handful of fixtures from the city’s dining scene, mostly inexpensive, but still among the best restaurants in Milwaukee.

A good place to start any Milwaukee-oriented culinary roundup is Sobelman’s Pub-n-Grill (two locations), which attracts a diverse crowd and serves up some of the best burgers in town. But it’s the establishment’s Bloody Mary’s that are the real eye-openers – especially the hangover-defiant “Fully-Loaded Cheeseburger Bloody Mary,” a $9 drink that comes with a cherry tomato, lemon wedge, stalk of celery, pickled asparagus and shrimp, as well as a piece of polish sausage, a bacon cheeseburger and a chaser of Sprecher beer.

Another must-try establishment is the cozy Comet Cafe, a neighborhood cafe on the east side that serves from-scratch comfort food like meatloaf with beer gravy and beer-cheese fries, along with its share of vegan options. As a bonus, Comet’s desserts come from sister cafe, Honeypie, which offers cakes, cupcakes and handmade pies, the latter also available by mail via PieGram.

But if a great bowl of chili is your thing – and you don’t like change – there is no better place than Real Chili, which has locations downtown and at Marquette. The menu has stayed more or the less the same for decades (chili, hot dogs, subs and salads), and so have the prices – or so it seems. With the exception of the chili cheese nachos, there isn’t a single item priced above $6.75.

If you’re in the mood for live music and fresh beer, the Milwaukee Ale House ought to be high on your list. Occupying the first several floors of the six-story Saddlery building in the Historic Third Ward, the Ale House offers indoor and outdoor dining – serving an array of salads, craft foods, burgers and pizzas, along with six (or more) microbrews, including Louie’s Resurrection, the gold medal winner in the Strong/Double/Imperial Dark Beer category at the 2014 Festival of Barrel Aged Beer.

Restaurant-goers with a hankering for a big, juicy steak need look no further than Carnevor Steakhouse Moderne, which offers wet- and dry-aged USDA prime, as well as selections of Kobe beef imported from Japan. The signature seafood entrees like Skuna Bay salmon and Alaskan King Crab legs also draw rave reviews, as does the wine list, which features over 400 selections by the bottle and 25 by the glass.