Incredible Waterways of Oshkosh, WI Add to Quality of Life 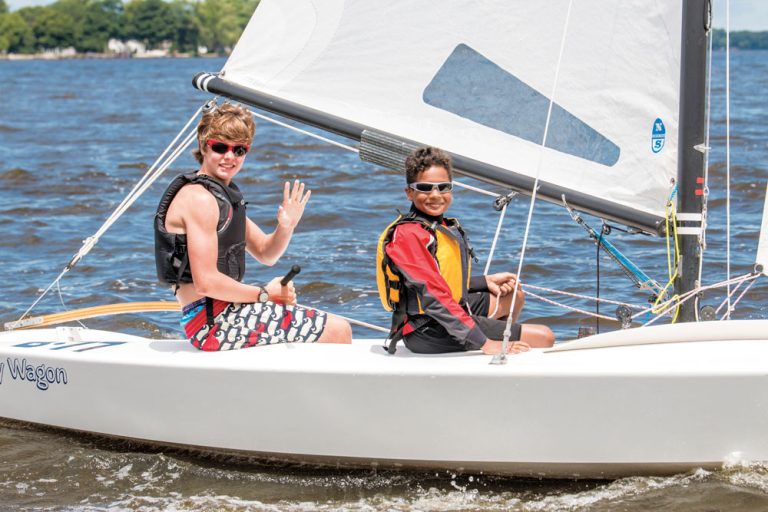 Soaking it all in is easy to do in Oshkosh, where the chance to play on (and in) the water is just about every direction you look. These include Lake Winnebago to the immediate east, Lake Butte des Morts to the northwest, and the Fox River that bisects the city.

One of the newest venues for enjoying the water is the Oshkosh Riverwalk, where people can go walking, running, biking or fishing along the Fox River. The two-mile paved pathway connects downtown Oshkosh all the way to the Wiouwash Trail, and boats often dock along the Riverwalk to enjoy downtown events, shopping and restaurants.

This Wisconsin City Knows How to Put on a Party

Among those popular spots is Fox River Brewing Company Waterfront Restaurant, and other places for food and drink on the Fox include Becket’s, Dockside Tavern, Ground Round at River’s Edge and Mahoney’s Restaurant & Bar. Attractions along the Riverwalk include Leach Amphitheater, Oshkosh Seniors Center, Riverside Park and Steiger Park, and annual riverfront events include Dockoberfest and Waterfest.

In August 2018, the city completed a $1.8 million expansion of the riverwalk into the Morgan District on the south shore of the Fox River, and officials say the final 20 percent of construction will occur towards Lake Winnebago between now and 2020. They add that as more upgrades occur to the Riverwalk, more developers are becoming interested in investing in that section of Oshkosh.

The waterways, along with easy commute times in Oshkosh, make the city a place where residents can work and play all in one day for an excellent work-life balance.

Just ask Glenn Curran. He is senior vice president at Bank First National as well as president of the Battle on Bago Foundation, which raises money for youth and conservation efforts in the Fox Valley Region and hosts a Battle on Bago ice fishing extravaganza each February on the Lake Winnebago System. The foundation also hosts the Summer Battle on Bago tournament, in partnership with The Otter Street Fishing Club, every June on Father’s Day Weekend.

“Lake Winnebago and the other area waterways make up one of the most fertile fishing systems in the United States, so people come from all over the country to not only fish, but some travel here to study and perform scientific research on the incredible sturgeon, walleye and other species that thrive here,â€ Curran says. “In fact, our natural resource biologists in Oshkosh and Winnebago County do a lot of excellent conservation work to make sure that Oshkosh remains a tourism destination in large part because of our waterways.â€

Curran says the Foundation started the Battle on Bago tournament in 2007, and it has become one of the largest ice fishing events in the world. According to Curran, cash and prize giveaways total approximately $275,000 annually; attendance ranges from from 10,000 to 12,000 people; and the event has an annual economic impact ranging from $2 million to $3 million.

The numbers are impressive, and the fish can be huge, too.

“The fishing is amazing, with people catching tons of fish like white bass, walleye, perch and sturgeon. A lot of people like to spear fish for sturgeon, and the sturgeon in Lake Winnebago can get as heavy as 200 pounds and as long as 7 feet,” Curran says.

Curran, who also enjoys deer and turkey hunting in the Oshkosh area, points out there are few places in the world like Oshkosh where freshwater fishing is so outstanding yet so convenient.

“Lake Winnebago is a big lake and is actually part of an overall system that includes Lake Butte des Morts, Lake Winneconne, Lake Poygan, the Wolf River and the Fox River,â€ he says. “We are known for outdoor recreation but perhaps best known for enormous lake sturgeon. In fact, the Lake Winnebago system harbors about 40,000 of them.”