See how Oshkosh is an ideal business climate for major employers. 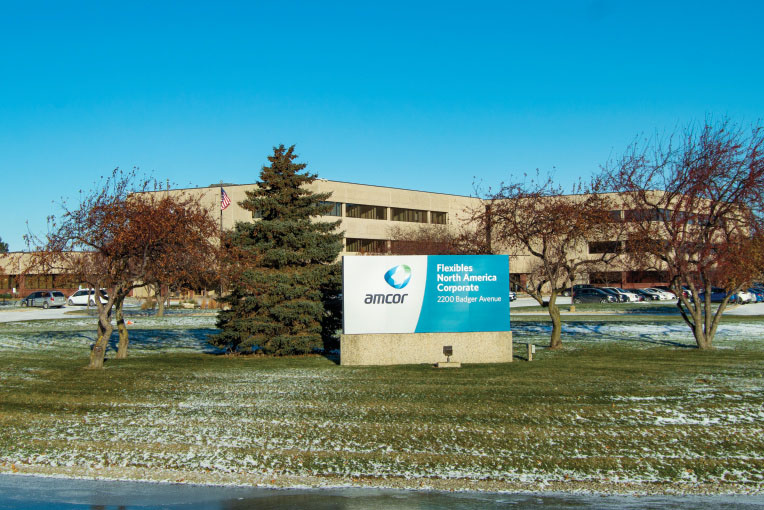 Two of the Fox Valley’s largest, longest established and most successful companies grabbed headlines recently – one with a sparkling new headquarters and the other with new ownership.

An HQ for the Company and Community 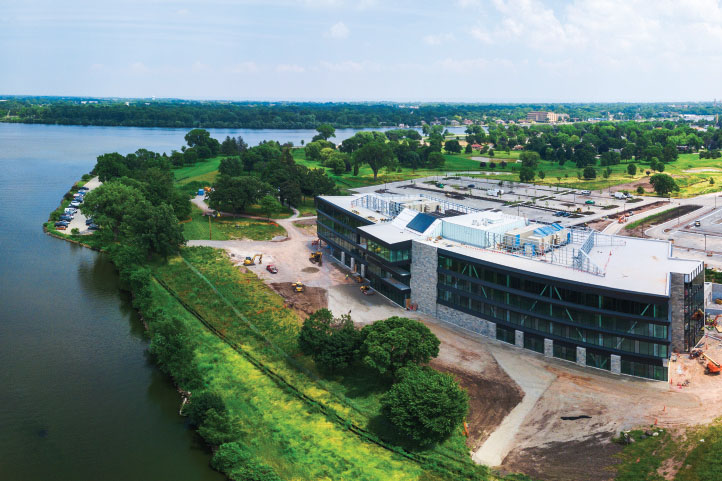 The new facility will solve space challenges for the company and include amenities that benefit the community at large as well as a park and Riverwalk trail, which will be managed by the city, says Katie Hoxtell, Oshkosh Corporation’s marketing manager of global branding and communications.

“Oshkosh Corporation has more than 40 facilities in the area, and with our large facility footprint, it creates many complexities,â€ Hoxtell says. “The new headquarters on the shores of Lake Butte des Morts will consolidate many of those buildings. There will also be a conference center available for community groups to reserve and use, and we will provide an indoor, interactive digital experience that allows visitors to see our products and innovations. We are a people-first company, passionate about taking care of our team members. They then take care of our customers and investors, which allows us to take care of our communities.”

Find Your Perfect Quality of Life Fit in Oshkosh, WI

With that in mind, Hoxtell says much of the building’s design concentrates on making employee collaborations easier. Other features include a cafeteria space featuring healthy choices, a fitness area to reinforce well-being, workstations with sit-and-stand desks, several elements built in to reinforce sustainability, such as food composting, an environmental partnership with Focus on Energy and more.

“The building has an open concept space, large meeting spaces and a team member development center that will include instructor-led learning – we call it the YOU, or Your Oshkosh University,â€ she says. “The new building also reflects many interesting attributes of the company’s more than 100-year history.”

Earlier this year, Oshkosh-based Bemis Company was acquired by global packaging company Amcor. The two companies made news in June 2019 when they closed a $6.8 billion deal to integrate Bemis into Amcor.

Bemis, a long-time major employer in the Fox Valley, operates manufacturing facilities that produce packaging for food, snacks, confections, pet food and healthcare products. Now operating as Amcor plc, the company is traded on both the New York Stock Exchange and the Australian Securities Exchange.

Amcor is a global leader in developing and producing responsible packaging that is increasingly lightweight, recyclable and reusable for food, beverage, pharmaceutical, medical, home, personal care and other products. Bemis Company began operations in 1858 and Amcor has been operating since 1860.

Amcor Chief Executive Officer Ron Delia describes the acquisition as a significant milestone as two strong companies with histories each dating back over 150 years look forward to one great future.

Prior to the deal, Bemis employed roughly 5,000 people in Wisconsin across 10 facilities, including 2,500 employees in Fox Valley production plants in Neenah, Oshkosh, Appleton and New London. Employees of the company now work under the Amcor company banner. Globally, Amcor employs 50,000 people across 250 sites in more than 40 countries.