10 Fun Things to Do in Oshkosh, WI 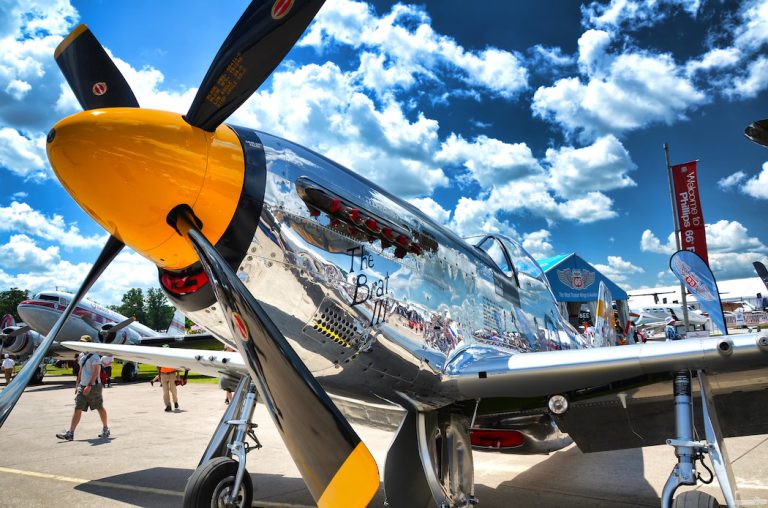 Courtesy of Chad Horwedel under a CC 4.0 license.

Oshkosh is known as Wisconsin’s Event City, with plenty to do and see. Here are some suggestions for fun activities:

For one week each summer, Oshkosh welcomes AirVenture (pictured) that draws more than 500,000 aviation enthusiasts from 60 countries to Wittman Regional Airport. Numerous shows are dedicated to the past, present and future of flight.

Mark your calendars for late February to attend an annual University of Wisconsin Oshkosh Winter Festival, a weeklong celebration of winter that has been a part of UW Oshkosh tradition for more than 50 years. The festival always begins with an outdoor ice sculpture contest where competitors carve artworks from 300-pound blocks of ice.

A good selection of microbreweries and pub food is available to the thirsty and hungry in Oshkosh, with each place offering a festive atmosphere. They are Bare Bones Brewery, Fifth Ward Brewing Company, Fox River Brewing Company and HighHolder Brewing Company, and an Oshkosh Brewery Tour occurs every Saturday afternoon with stops at all four establishments.

A recent downtown redevelopment plan has yielded a number of excellent attractions, events and venues, including construction of an outdoor Leach Amphitheater on the Fox River. It hosts a weekly Waterfest summer concert series as well as national touring musical acts and local community events. Also downtown is a Grand Opera House performing arts center and an annual Sawdust Days community festival in Menominee Park.

9. Root for the Herd

Beginning with the 2017-18 season, the Milwaukee Bucks NBA team has their development team, the Wisconsin Herd, playing its games in Oshkosh at Menominee Nation Arena. The Herd play 24 homes games during their season that runs from mid-November through mid-March.

For residents who enjoy the arts, there are plenty of places to get your culture fix. Options include the EAA Aviation Museum, Jambalaya Art Cooperative, Military Veterans Museum and Oshkosh Public Museum.