Find Your Perfect Quality of Life Fit in Oshkosh, WI

Discover the many amenities this comfortably sized, affordable community offers. 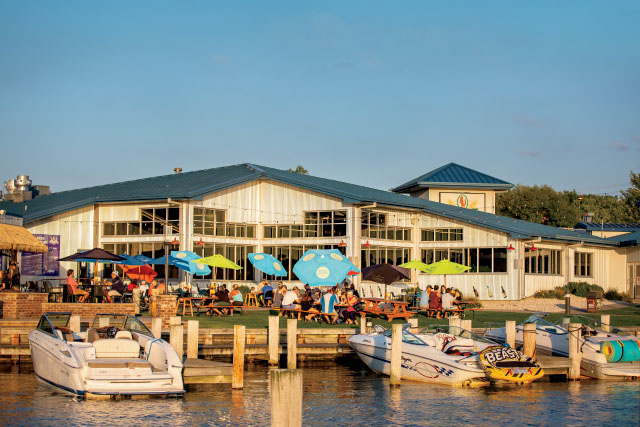 You leave a house you can easily afford and make a short, relaxing commute to work. Along the way, you might drop off your children at a school that has been rated among the best in the nation by U.S. News & World Report. Away from your job, there are numerous things to do, including a plethora of water activities, lengthy menu of local dining and concerts.

This is what it’s like to live in Oshkosh, a city that checks off all the quality-of-life boxes by thinking way outside the small-town box, giving residents the best of every world when it comes to daily enjoyment.

“This is just about a perfect place to live and work,â€ says Dick Knapinski, who has been an Oshkosh-area resident for more than 25 years. “The quality of life is very high. The city is big enough that it has cultural attractions and interesting things to do and see, but still small enough that you don’t feel like you’re lost in the crowd of some big metropolis.”

Katie Talken quickly discovered this appeal when she moved to town in 2015 to become the development and grant director for the Boys and Girls Club of Oshkosh.

“It’s a bigger urban area that still has a small-town feel to it,â€ says Talken, who was named the Oshkosh Chamber of Commerce‘s 2018 Young Professional of the Year.

“The people who grew up here, you can tell how much they love this community. But they’re also doing a lot of little things to help the city grow and become even better and attract more young professionals.”

There are so many things going on in Oshkosh that it has become known as “Wisconsin’s Event City.â€ And without question, the biggest event is the weeklong EAA AirVenture, a gathering of more than 600,000 Experimental Aircraft Association enthusiasts.

During AirVenture, which celebrated its 50th consecutive year in Oshkosh in 2019, Wittman Regional Airport becomes one of the busiest in the world. More than 10,000 airplanes from nearly 100 countries pass through the airport that week.

“Having EAA AirVenture here allows the community to welcome other major events, because the facilities and infrastructure are already in place,â€ says Knapinski, who serves as EAA’s director of communications.

“And these kinds of events are a great drawing card for companies and young professionals.”

Even on those rare occasions when an event isn’t taking place, there is still plenty to do thanks to the abundance of water recreation in the area. The city sits on the banks of the 138,000-acre Lake Winnebago, while the Fox River cuts through the city. So the region is ideal for fishing (including sturgeon spearing in the winter), boating or simply strolling along the Riverwalk.

With so much going on in Oshkosh, it is easy to work up an appetite. Fortunately, the city has that covered, as it is home to a wide variety of local restaurants and other places to eat and drink.

Farmers market: Fresh produce is available almost year-round at the Oshkosh Farmers Market. Approximately 130 vendors pack the downtown outdoor market during the summer, while more than 30 vendors continue selling indoors during the winter.

Food truck rallies: Kick off the weekend during the summer with Food Truck Fridays. This fundraiser for the Oshkosh Seniors Center has live music and offerings from 15 food trucks.

Lakeside dining: More food with a view can be found along the shores of Lake Winnebago. A highlight is TJ’s Harbor Restaurant, started by Oshkosh native TJ Rodgers, a former Silicon Valley technology executive.