This Wisconsin City Knows How to Put on a Party

Live music, huge events and recreation on and off the water have earned Oshkosh a reputation for fun. 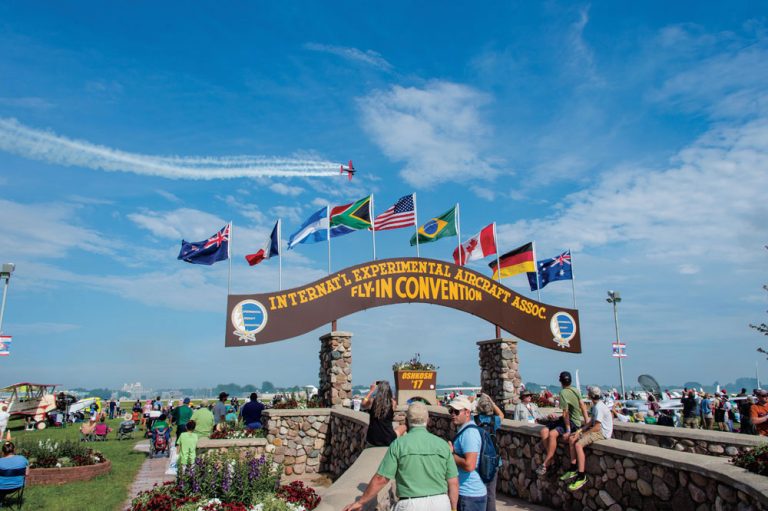 At Waterfest, the weekly summer concert series along the Fox River, performer Huey Lewis this summer reportedly said to the crowd, “Oshkosh. Who knew?â€

That’s become something of an unofficial mantra for Propel, Oshkosh, the local young professionals’ development and networking group.

“It kind of encapsulates everything, because it’s a great city and we get overlooked by the bigger cities, but we have just about everything the bigger cities offer. It’s just a fantastic place to live,â€ says Devon Hudak, the group’s vice president and director of communications at ARC Contracting.

Incredible Waterways of Oshkosh, WI Add to Quality of Life

A city of just fewer than 70,000 people, Oshkosh easily falls into the category of “medium-sized city,â€ and the best thing about that is its laid-back pace, Hudak says.

The area also has something of a “hidden gemâ€ feel, with its especially welcoming nature and affordability coming as a surprise to nonresidents when they discover it, she adds.

Oshkosh also knows how to throw a party. Dubbed “Wisconsin’s Event City,â€ it hosts more than 1,000 events annually, from multi-day concerts headlined by top national acts at the Ford Festival Park to the Midwest’s largest ice fishing competition. There’s a thriving arts scene highlighted during Gallery Walk on the first Saturday of every month. There’s plenty of music, from locals playing at pubs to Main Street Music Fest, which takes over downtown with more than 75 acts packed into four days.

The new Menominee Nation Arena is home to the Milwaukee Bucks’ G League squad known as the Wisconsin Herd, and the Grand Opera House, which dates back to 1883, is home to several theater companies as well as the Oshkosh Symphony.

Also home to the Experimental Aircraft Association, Oshkosh hosts the organization’s annual AirVenture, one of the largest aviation events in the world that draws more than 500,000 people and makes Wittman Regional Airport the busiest airport in the world over the course of the weeklong event.

Named the “Best Place to Raise Your Kidsâ€ by Bloomberg Businessweek in 2010, Oshkosh has lots of family-friendly amenities. The city has more than 415 acres of public space. Those willing to travel a little further will find three state parks and at least 17 other state natural areas within a 70 minute drive of the city.

There’s extensive water recreation, with Lake Winnebago to the east and the Fox River cutting through the city and offering access to Lake Butte des Morts, Lake Winneconne and Lake Poygan to the west. The slow-moving river is a perfect place to canoe or kayak, and the lakes offer spectacular fishing, including lake sturgeon spearing in the winter.

Young families and professionals aren’t the only residents who find that Oshkosh fits them just right. More than an eighth of Oshkosh’s population is age 65 or older, and the city is as appealing to them as anyone else. University of Wisconsin-Oshkosh, the state’s third-largest university, offers not only free class auditing to residents age 60 and older, but also gives them the reins of the Learning in Retirement program, which is a self-directed arm of the School of Continuing Education that puts on more than 100 programs each academic year.

Oshkosh’s retirement communities are some of the most interesting and innovative in the country. Miravida was first elder care facility in the United States to bring the “Cycling Without Age” program from Denmark to the U.S. The program gets seniors out into the neighborhood for socializing and fresh air as they’re driven on special bike taxis. Evergreen Retirement Community has earned a national reputation for its innovative enrichment programs, including collaborations with UW-Oshkosh students and partnering with the Oshkosh Public Library.

An affordable alternative to larger cities in Wisconsin, Oshkosh has the advantage of being within 100 miles of Milwaukee, Madison, Green Bay, the Wisconsin Dells and Door County, and fewer than 200 miles from Chicago.

“It’s a small town, but big enough that there’s always an event going on. There’s always a business that’s expanding or hiring. There never seems to be a lack of openings in the job market. The school district is fantastic. There’s a lot of things that you can find in a big city, but for people who like that small-town feel, it’s the perfect place,â€ says Hudak. “This is a place you can start a job and then create a career out of it. The opportunities are endless. It’s just a place where you can go to work and feel like you’re making an impact on something bigger. “