Things to Do in Verona, WI 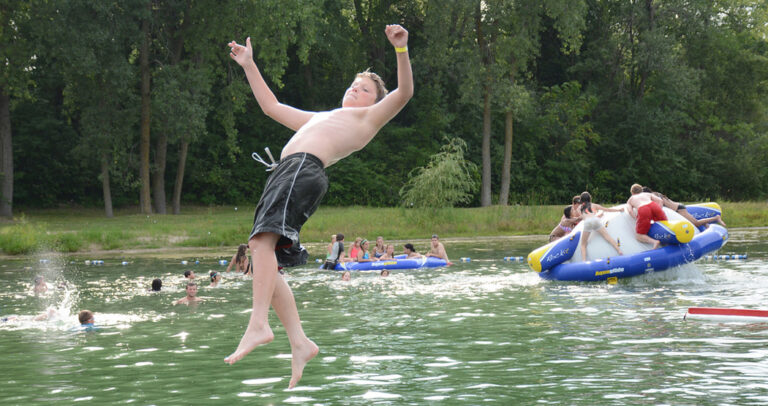 Big-city fun is never far way from Verona, WI, with Wisconsin’s capital city of Madison just 15 minutes away. Yet people living in Verona often find plenty of things to do right in their own backyards. Verona, one of the fastest growing cities in Wisconsin, has recently seen the addition of major attractions like the Wisconsin Brewing Co. and the opening of tasty restaurants that draw residents of Madison and the surrounding area into town. Here’s a look at the best things to do in Verona, whether you’re already living here or considering a move.

Climb onto your bike and hit the Military Ridge State Trail, which cuts right through downtown Verona. The 40-mile trail links Dodgeville to Madison by way of an 1855 military route once taken by soldiers. The trail runs along the borders of two state parks, offering views of farms, forests and leading to observation platforms where wildlife can be viewed. The trail crosses the Ice Age National Scenic Trail, which winds for more than 1,000 miles following the edge of the last continental glacier in Wisconsin.

LIKE GETTING WET? Check out our picks for the best cities on the water.

Fireman’s Park Beach is one of the hottest places to cool down during warm summer days in Verona. The beach typically opens in mid-June and closes in late August. Children especially love the beach’s two water slides, diving board and floating bouncer, which can hold several children as they hang on while others make waves. The beach is staffed with certified lifeguards from noon to 7 p.m. most days and also has picnic tables, changing rooms and a concessions stand. The park offers great shore fishing for bluegill and bass, with a pair of docks available to cast from; however, no fishing is allowed when the swimming area is open.

Three local boys with a passion for the Badger State and beer created one of the Madison region’s most popular breweries, Wisconsin Brewing Co. Located in Verona, the brewery features equipment made in Wisconsin and with Wisconsin-made materials like steel from Waunakee, blacktop from Waukesha and a genuine Huppmann Brewhouse constructed in Hudson. Brewing began in 2013 and today the brewery offers six year-round beers and a variety of seasonal and experimental brews. Many Verona locals come to the brewery on Friday nights during the summer when bands play on the patio.

LOOKING FOR MORE BREWS: Try our 99 Beers in 99 Cities.

Both the Verona Area Performing Arts Series and the Verona Area Community Theater produce a number of shows each year, ranging from ragtime orchestra performances and tribute groups to children’s musicals, Broadway hits and classic plays. Both groups use the Verona Performing Arts Center. In addition to indoor stage shows, the city of Verona offers residents a series of outdoor summer concerts held in various parks.

Restaurants in Verona have really ramped up their menus during the last few years, attracting college kids from nearby Madison and regional foodies, while giving locals some seriously good food options. One of the most popular places to eat is the Jordandal Cookhouse, where everything on the menu is made from scratch and primarily from local sources. The Cookhouse serves up salads, house-simmered stocks and soups, pickled veggies, sandwiches and entrees like turkey and waffles, shepherd’s pie and apple-cider-braised pork chops.