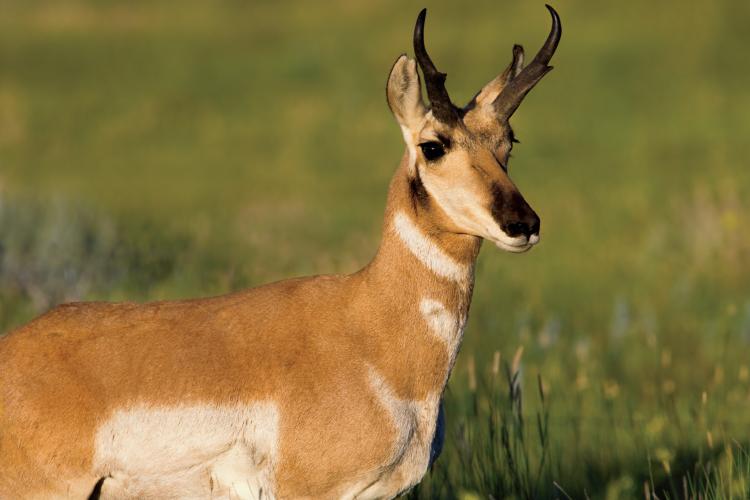 There’s a very simple reason why environmental responsibility is of the utmost importance to the coal industry in Campbell County.

“I live in Gillette,” he says. “I participate personally with a lot of community and youth activities. It gives you a really proud feeling to walk around the community and know that you’ve helped to make it better.”

From energy conservation and safe handling of hazardous materials to land reclamation and protection of birds of prey, the coal mines operated by Cloud Peak and Peabody Energy have for years been recognized for their protection of the environment and their efforts to help maintain the beauty of Gillette.

“Reclamation is of great value to us,” Rivenes says. “We’re a Western people and we enjoy the outdoors. Putting the land back to the way it was given to us is important.”

Why Gillette is a Great Place to Live

Cloud Peak Energy, which operates the Cordero Rojo mine just south of Gillette as well as the Antelope mine farther south and the Spring Creek mine in Montana, has been honored numerous times with environmental awards from the Wyoming Department of Environmental Quality and the Federal Office of Surface Mining (OSM). In addition, it received the OSM’s Good Neighbor Award in 2011 for its education outreach programs in reclamation, biodiversity and mining skills.

“We conserve energy wherever we can, reduce greenhouse gas emissions and make sure we put the land back as good as we found it if not better,” Rivenes says. “I think we’ve reclaimed something greater than 8,500 acres and reseeded them.”

Peabody Energy has earned a similar reputation for a multitude of efforts in environmental responsibilities. The world’s largest private-sector coal company, Peabody was honored with a U.S. Department of the Interior 2012 Excellence in Surface Coal Mining Reclamation Award for its protection of raptor populations at its flagship North Antelope Rochelle Mine in Campbell County.

The honor came after nearly three decades of monitoring showed that populations of raptors – including eagles, hawks, owls and other birds of prey – have been successfully sustained even as mining activities increased.

North Antelope Rochelle has a history of excellence in stewardship, including recognition for a quarter-century of successful land restoration and wildlife protection from the Wyoming Game and Fish Department.

The efforts of Cloud Peak and Peabody are not lost on the community. Dr. Dustin Martinson, CEO of Rehab Solutions, a physical therapy center in Gillette, says the area’s coal industry does an excellent job of countering any negative perceptions of coal power. His enthusiasm for the companies’ environmental responsibilities led him to create an advocacy group known as Friends of Coal – Wyoming.

“This is our economy, our livelihoods, not just the coal miners’ but mine as well,” says Martinson, a lifelong resident of Gillette who treats miners for injuries and helps with preventive programs. “My livelihood depends on the coal miners having jobs.”