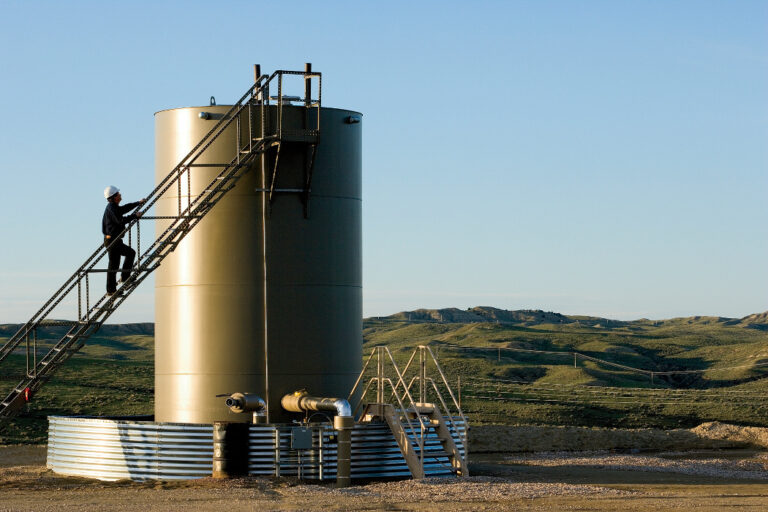 While energy industries are not immune to economic ups and downs, the world’s need for power is growing. And as it grows, Campbell County grows with it.

As the Energy Capital of the Nation, a title it has earned since the energy boom of the 1970s put the area on the map, Campbell County provides 40 percent of America’s coal and supports prosperous petroleum and natural gas industries, uranium mining, and related industries. In turn, these industries’ success results in a local unemployment rate of less than 4 percent and a median household income of more than $75,000, and prompts growth of infrastructure, amenities, and residential and commercial development.

“We’ve been on a very good track record to keep the community in a growth mode,” says Energy Capital Economic Development Director Phil Christopherson, who moved to Gillette, “a vibrant, forward-thinking community,” in 2014. “Nobody is bulletproof, but an economy based on energy, with the increasing demand, gives us a very good base.”

Energy’s profitability has rapidly driven up the county population to more than 46,000 in the past 10 years, as workers flock from around the country to take high-paying jobs with such major corporations as Anadarko (petroleum), Cloud Peak (coal mining) and Arch Coal, which operates the Black Thunder mine in Wright. More than a third of the county’s workers are involved directly in the energy industry.

The increasing population has driven construction of housing, retail and commercial facilities, municipal amenities, and more. In 2014 alone, a generous handful of new restaurants opened, including Buffalo Wild Wings, a Jimmy John’s sandwich shop, an Italian restaurant, a Vietnamese Pho restaurant and bakery, a barbecue eatery, and a coffee shop. A Hilton Home 2, a Spring Hill Suites and Marriott Town Place will open in 2015, providing nearly 300 new hotel rooms. And a new Tractor Supply Company and Menard’s will increase shopping options, which also include a bustling boutique retail scene in downtown Gillette. Also reflecting the population boom, both Lakeview Elementary and Westwood High School moved into spacious new buildings in 2014.

Growth is especially evident in Wright, which was founded in the 1970s by Atlantic Richfield Company (ARCO) to accommodate miners. The town has undertaken an ambitious rebranding initiative, including a comprehensive master plan that outlines development over the next 15 years. It has already invested much in meeting residents’ needs, from updated parks and a new recreation center to a new town hall and the Southern Campbell County Agriculture Complex, a $7.5 million facility for livestock boarding and rodeo events year round.

“It’s hard to predict the future, but we see steady growth ahead,” says Brandi Harlow, economic development director for Wright. “There are still plenty of good jobs here, and it’s a great place to raise your kids and be in a community.”

Both Harlow and Christopherson say the drop in oil prices during the winter of 2014-15 is not a concern, and may in fact provide a much-needed breather from nonstop growth of the past few years.

“We have businesses wanting to move into the community, but they can’t find space because the demand has outpaced the supply,” Christopherson says. “A little slowdown wouldn’t hurt us and might give us a chance to catch up a bit.”