The economy in Gillette, WY has helped local businesses grow 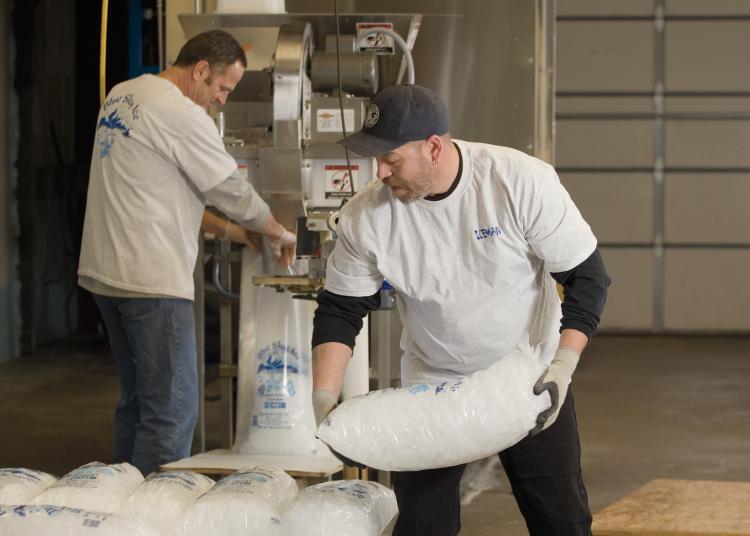 While many parts of the country felt the impacts of a slowed economy, Campbell County’s economy continued to remain steady, and many sectors continued to see growth. Many businesses in Gillette have expanded, and new companies have launched. Other companies headquartered outside the county have opened offices in Gillette to reap the benefits of its stable economy.

“Our business environment here in Campbell County has always been very strong,” says Frank Latta, a former mayor of Gillette and founder of the new ice manufacturing company, Blue Sky Ice. “It’s been said around here a lot that if you need work and can’t find it in Gillette, it’s ’cause you’re not looking!”

In January 2012, Blue Sky Ice opened its facility located just off Interstate 90 on the east side of Gillette. It currently has five full-time employees, and Latta says the company anticipates adding 10 to 20 more part-time employees in the next year.

One reason that Campbell County’s economy held its own over the downturn of the last few years is its strong position in the energy industry. Known as the energy capital of the country, Campbell County is one of the leading producers of coal. Oil and gas production also contribute heavily to the local economy. According to the Campbell County Chamber of Commerce, the population has grown to 46,618 residents, and the average median income is more than $75,000 per year. All of these factors have led to growth and expansion or new businesses in the area.

“People are watching what they spend and have the same concerns as people in other parts of the country, but they earn amazing wages,” says Jessica LaCour, owner of clothing store Main Elements. “I feel blessed that I could have a store here.”

“There is still a very steady base of employment that doesn’t change, which gives the area a lot of stability,” says Dawn Pfeifle, owner of A Prairie Dawn, a store offering decorating items and gifts.

Despite the continued uncertainty of the economy, these businesses are optimistic about the environment in Campbell County. “We continue to broaden service capabilities in niche markets and remain confident that we will add five to 10 additional employees through 2013,” says Russ Groombridge, branch manager of Interstate Power Systems.

Here are some highlights detailing some of the manufacturing or industrial firms that have expanded or increased their presence in Campbell County over the last few years.

In addition to new or expanded industries, retail and service companies have also expanded or opened new locations in Gillette. These include: