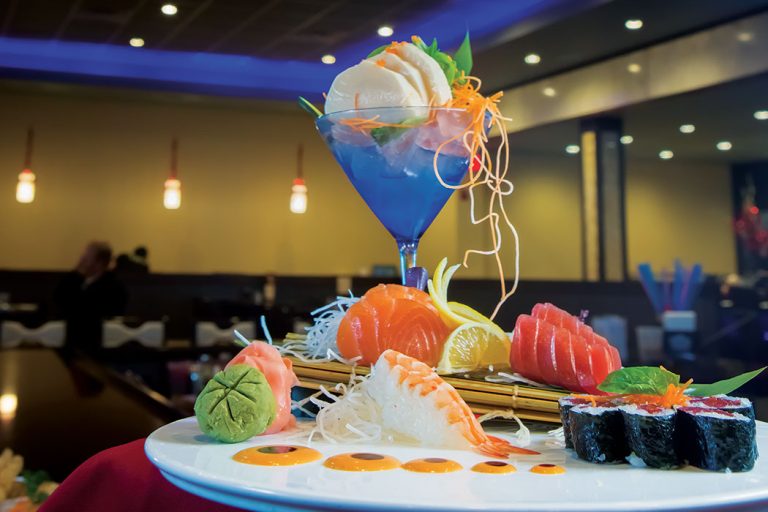 Campbell County may be known best for its natural beauty, energy industry and fishing, but visitors and residents can attest to its somewhat surprising options among restaurants and bars. There are steaks and sushi alongside spicy Pho, freshly made French pastries and a watering hole devoted entirely to the oldest form of alcohol known to man.

Visitors to Sam Clikeman’s Big Lost Meadery may wander in looking for a typical bar atmosphere and standard cocktails, but they’ll find something far more unusual. Clikeman specializes in mead, which is a fermented honey-based alcohol with a flavor and texture that hovers somewhere between wine and liquor. Situated in a fully restored historic building in downtown Gillette, Big Lost patrons enjoy their mead in a resin-coated cow horn, where it is dispensed directly from the oak barrels in which it’s made. Big Lost eschews TVs and blaring music, in favor of conversation, board games or even a good book — all activities perfectly suited to indulging in mankind’s oldest libation.

Learn Where You Can Hunt, Fish, Skate and Golf in Gillette

Minh and Mai Nguyen moved to Gillette in 2009 to open a nail salon. They couldn’t have imagined that one of their customers there, Vietnam War veteran Steve King, would inspire them to open what would become one of Gillette’s most popular restaurants, serving the flavors of their homeland. Pho and Bakery 59, which is managed by Steve King, specializes in Pho (an herby, spicy broth full of noodles and meat, seafood or tofu). Not only that, but the beloved little eatery also bakes up a delightful variety of French pastries and breads.

For those times when only a plate of enchiladas and a frosty margarita will do, Fiesta Tequila Mexican Restaurant is the place to get your fix. This friendly, locally run restaurant is a favorite for Mexican favorites as well as imaginative culinary tweaks on traditional Latin specialties.

Fun Things to Do in Gillette

One of the area’s newest dining options, Sapporo Japanese Steakhouse opened in 2015 within the extensively remodeled Ramada Plaza Gillette. The restaurant is already receiving rave reviews for its atmosphere, superior service and food. Menu options include lunch and dinner hibachi dishes, bento boxes for lunch, as well as fresh sushi and sashimi.