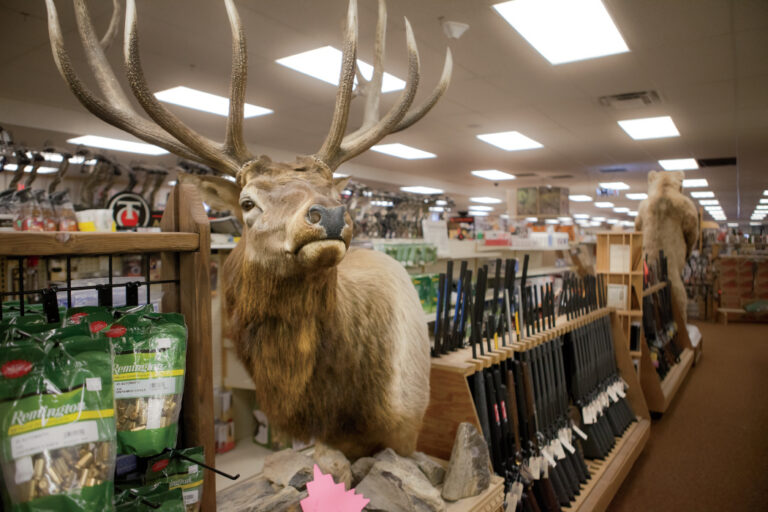 With more than 4,802 square miles of wilderness, Campbell County is a hunter’s dream. The land sports enough variety of wildlife to cater to any hunting type, whether it’s quietly stalking whitetail and mule deer, or following the migration of ducks and geese. Here, hunters will discover a place that makes them feel right at home.

Wyoming seems to be made for hunting. It’s the 10th largest state in the U.S., but the least populous, which makes it ideal for those looking to escape the city life and immerse themselves in the wild. Campbell County, which includes the town of Gillette, is nestled between the Big Horn Mountains and the Black Hills, situated in the Powder River Basin. So while these geographical elements make for breathtaking scenery as hunters trek through the wild in search of game, the low population in the area ensures a greater percentage of wildlife encounters.

Local resident Rusty Bell, owner of Rusty’s Taxidermy, has been hunting the county since he was a young boy hunting with his Uncle Tom.

“My favorite thing about hunting in Campbell County is the diverse and abundant amount of wildlife that you cannot only hunt, but see while hunting,” Bell says. “We have the largest population of pronghorn antelope in the world and some of the best mule deer and elk hunting in the area.”

Whether you’re looking for big or small game, Mary Silvernell says you’ll find it. She’s the executive director of the Campbell County Convention & Visitors Bureau, and says the area features game that hunters won’t find in many parts of North America.

As more and more hunters flock to Campbell County, the towns in the area have gone above and beyond to make them feel welcome. As a way to assist them, Silvernell explains that the Gillette Visitor Center hosts Wyoming Game and Fish Department representatives before the start of hunting season, so they can answer any questions that local and visiting hunters may have.

“As far as I know, we are the only place in Wyoming where the Game and Fish reps are available in person,â€ Silvernell says.

Also at the visitor center, for a small fee hunters can pick up the Bureau of Land Management map, which provides detailed information about the areas of land that are public, privately owned, along with those areas where hunters can walk in during the season. Much of the public hunting land is landlocked by privately owned land, Silvernell says, but the Game and Fish reps work with the land owners, who are more than accommodating to hunters.

The accommodations don’t stop there for hunters either. Many area restaurants and hotels will offer them discounts, and the community also holds annual events like the Hunter/Rancher Chili Feed, which encourages interaction between locals and visiting hunters. It’s these types of personal touches that makes Campbell County a place that hunters will want to return to each season.

“My favorite thing about hunting in Campbell County is the diverse and abundant amount of wildlife that you cannot only hunt, but see while hunting,”