By Stephanie Stewart-Howard on October 9, 2015 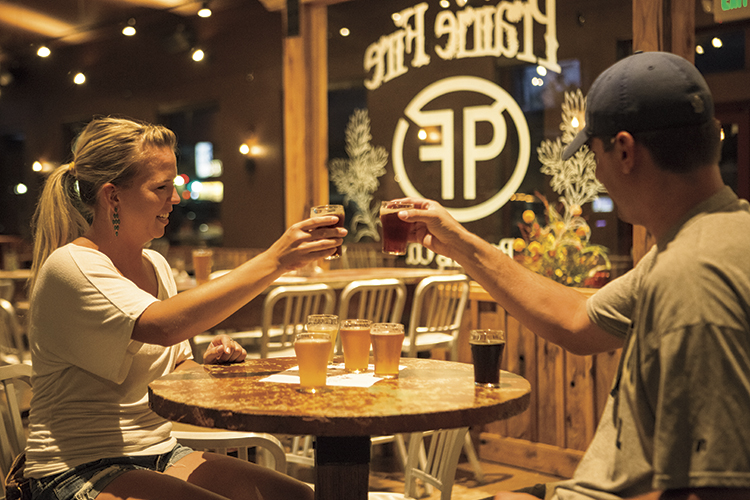 Gillette’s nightlife scene is revving up with a growing craft beer industry, live music venues and new restaurants offering outstanding cuisine, artisan cocktails, and hip atmospheres. This small town’s entertainment options compare favorably with those found in larger cities. Residents have plenty of places to go out, cut loose and kick back.

Boot Hill Legendary Steakhouse and Nightclub reinvents a beloved 1980s locale with three bars, a spacious dance floor and amenities. The lower floor offers a steakhouse seating up to 120 and a banquet room for parties. Upstairs, guests discover a fantastic nightclub with a capacity of 500. Amy Amack, who oversees the steakhouse and banquet facilities at Boot Hill, says, “We aim to be a supper club with nightlife. The Billy Troy Band, our house band, plays great music, and we’re looking forward to bringing in touring bands from Nashville and elsewhere.”

The Best Neighborhoods in Gillette

Those looking for a strong steakhouse experience will relish Jordan’s Western Dining, with its charming interior and splendid vintage 19th-century bar. The daily happy hour specials, plus a solid late night menu for the weekend, reiterating the restaurant’s excellent specialties and strong beverage options, make Jordan’s a great place to stop in.

Skyline Grille provides its own excellent in-house, small batch craft beers, ranging from pale ales to dark beers – underlining the powerful craft beer trend sweeping Gillette. Skyline’s Noah Siebenaller says the big draw is fresh sushi five days a week, plus late hours, especially on weekends. “All of our seafood is fresh, trucked in daily from Denver, where it’s flown in straight from the docks. You can order to go or eat in at the sushi bar.”

311 Lounge, meanwhile, focuses on exceptional artisan cocktails. “Our Moscow Mules in the copper mugs, and variations on them, are our most popular drinks,” says Lance Byrd of 311. The restaurant prides itself on freshly flown in seafood and fine cuisine styles more typical of larger metropolitan areas like Denver. “We specialize in seafood, steak items, great wine and cocktails,” Byrd says.

Craft beer is huge in Gillette. Prairie Fire Brewing Company opened their doors officially in September 2013, providing the public not only with their beers (13 currently on tap – try the Cream Ale or the Bushwacker), but a huge tasting room where burgers, wraps and a variety of delicious pub food is available. “We have the most Pacific Northwest style of beer in Wyoming,” says Prairie Fire’s head brewer Mike Converse. “They’re maltier than most of those in this region.”

Gillette Brewing Company, also new in 2013, brews up some excellent beer, too. Pair your beer with wood-fired pizzas made on site by Pizza Carello Monday through Saturday from 11 a.m. to 11 p.m. The Brewery is also open for special events during NFL games and scheduled live music performances. With six regular beers plus guest brews and seasonal specials on tap, there’s plenty to choose from (try the Tall Canyon Porter and Locomotive Brown).