Find the best restaurants in Gillette, WY, including great steak and seafood places. 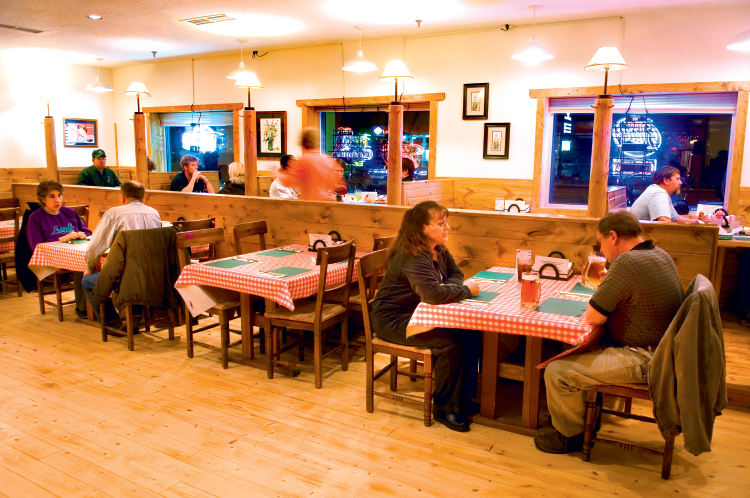 Casual Restaurants, From Bagels to Barbecue

For freshly prepared barbecue, locals head to Pokey’s BarBque on Douglas Highway. Opened by Ric and Carolyn Schuyler in May 2006, the restaurant’s food is 100 percent homemade.

“None of this stuff is coming out of a can or a box‚” Ric Schuyler says. All the meats are smoked with a homemade dry rub in “Elvis‚” a whopper of a smoker that holds 1‚800 pounds of meat. Freshly made sauce comes on the side.

Fun Things to Do in Gillette

The Chophouse Restaurant wows diners with its steaks‚ seafood and pasta dishes. The restaurant, located in the former Goings Hotel on South Gillette Avenue, buys certified Angus beef and ages it on site — four weeks for rib eyes and six weeks for sirloin. Fish is flown in from New England, and desserts are prepared fresh, in house. The restaurant is open for lunch Monday-Friday and dinner Monday-Saturday.

The Prime Rib Restaurant and Wine Cellar on South Douglas Highway boasts an extensive wine list that has won Wine Spectator magazine’s Best of Award of Excellence on many occasions. Known as a destination for special occasions, Prime Rib’s signature meals include hand-cut, aged U.S.D.A. Choice steaks, a variety of pasta dishes and top quality seafood. The restaurant has five private dining rooms and the Blue Martini Lounge, which features 22 televisions for watching sports events.

Great Restaurants Just Outside of Gillette

Fresh Food for Home at the Gillette Farmers Market

Residents may stock their refrigerators and pantries with fresh food from local farms by visiting the Gillette Farmers Market, Saturdays from mid-July through the first frost. Formerly located downtown, the market has moved to the grounds of Gillette College on West Sinclair to allow more space for an expanding list of vendors. You’ll find everything from locally grown tomatoes, baked goods and seasonal treats like caramel apples, to fresh, grass-fed meats and free-range eggs from EZ Rocking Ranch.