Things To Do in Jackson, WY

Skiing is just part of the fun in Jackson, WY 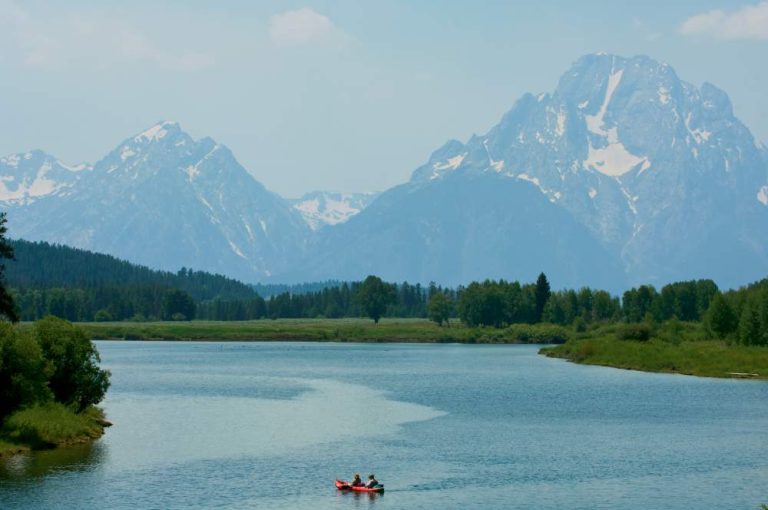 While Jackson, Wyo., is home to serious winter fun – on skis, snowboards, ice skates, tubes, snowmobiles and more – its cultural and recreational appeal spans all seasons. The city’s assortment of amenities helped it earn a spot on our Top 100 Best Small Towns list. Here are some of the best things to do in the town where Old West allure meets New World amenities.

The uber-popular resort perennially ranked North America’s No. 1 Ski Area by Forbes magazine has it all: powdery slopes, minimal lift lines, world-class cuisine and majestic backdrops. Direct flights into Jackson Airport 16 miles from the base at Teton Village make the mountain especially accessible.

A few miles north of Jackson, Grand Teton’s picturesque peaks rise as high as 13,770 feet above sea level (from 6,800 feet in the valley below). Hiking trails lead to crystal-clear lakes and meandering streams of the Snake River, making the views of the park’s jagged mountains even more spectacular.

Go Country at The Cowboy

The small resort rising above Jackson offers winter adventures along with summer fun, including a mountain (alpine) slide, scenic chairlift, bike paths and hiking trails that zigzag across the slopes. Note: Improvement projects will close part of the mountain during the summer of 2015.

Throw Caution (and Yourself) to the Wind

Feeling especially adventurous? Paragliding above Jackson provides a bird’s-eye view of the valley and the Tetons. Experienced mountain pilots with excellent safety records are trained to put flyers at ease on breathtaking tandem flights.