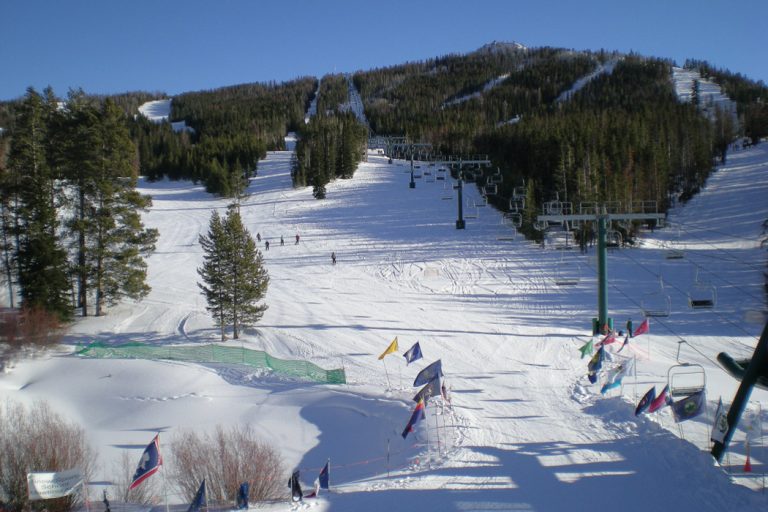 A study commissioned by the Wyoming Office of Tourism estimated that in 2015, tourism – the state’s number two industry behind mining – contributed more than $3 billion to the state’s economy and accounted for more than 30,000 jobs. That same study showed that, with adjustments for inflation, tourism spending has been increasing at a rate of about 2.4 percent every year since 2000.

What that translates to in Sweetwater County is more than $167 million in tourism-related spending and 1,700 direct jobs, and those numbers are expected to increase next year. Rock Springs, for example, saw an 11 percent gain in lodging tax, according to the Sweetwater County Joint Travel and Tourism Board.

One reason for the county’s thriving tourism industry is its natural landscape. With expansive deserts, rugged mountains, a 90-mile-long lake and the Green River, Sweetwater County is known as the gateway to the Flaming Gorge National Recreation Area. Every year, the region lures thousands of travelers in search of outdoor adventure, from fishing and biking to kayaking, camping and rock climbing.

Many of these adventure seekers also find their way to downtown Rock Springs, which benefits the businesses there.

“The number of visitors that we see out walking along downtown streets, taking our historic walking tour, doing a little window shopping or looking for restaurants is phenomenal,” says Chad Banks, manager, Downtown Rock Springs. “We see people from all over the country – from as far away as Florida and from both coasts – we even get visitors from other countries. This has a tremendous impact downtown.”

Banks says while the city’s restaurants and hotels are impacted the most, almost every small business reaps the benefits of an influx of out-of-town guests.

“Certainly some of the retailers even see some of the benefit. You know there’s not a time that you go into one of the downtown restaurants, especially in the summer, which is the height of the season, when a good third of people in there are not out of town visitors or tourists. That has a huge benefit for us,” he says.

“I feel like the tourist season was better this year compared to prior years. It seems when the oil and gas industries decline – and respectively fuel prices – our tourism travel rise,â€ she says. “Sweetwater County has many local attractions for travelers. There is something about this area that makes it fun for any all age groups and backgrounds.”

Banks says though a popular stopover, Rock Springs itself has become a travel destination.

“Rock Springs has a lot to offer travelers. Downtown, we have the Rock Springs Historical Museum. We have the Community of Fine Arts Center Museum. Of course we have some independent restaurants, like our brewery, which is always a great draw. We have a wonderful Hispanic population and a lot of great Mexican food,” Banks says. “Then as you move around in the county itself, we have the Killpecker Sand Dunes, Petroglyphs, the Flaming Gorge and the wild horses. All of those things make this area attractive to tourists.”

Banks says the downtown association works with the Sweetwater County Joint Travel and Tourism Board to attract more visitors to Rock Springs, particularly from surrounding counties and border states, and keep them in town longer.

“We provide a variety of special downtown events, for instance, everything from a car show to a brews and blues fest. There’s also an international day festival downtown,” Banks says. “We try to spread the word about these events to the surrounding communities and neighboring areas in hopes of attracting those people here. Downtown Rock Springs  is not always easy to find, so we work with the chambers of commerce to make sure their offices have updated maps that include descriptions of downtown shops and restaurants.”

The county also benefits from Wyoming Office of Tourism marketing campaigns, such as branding with the Disney-Pixar movie The Good Dinosaur. The DVD version of the movie features a short video detailing the connection between Wyoming and dinosaurs. The state office of tourism also lists Wyoming’s paleo-related attractions, including the Western Wyoming Community College Natural History exhibit in Rock Springs.

We see people from all over the country – from as far away as Florida and from both coasts – we even get visitors from other countries. This has a tremendous impact downtown.