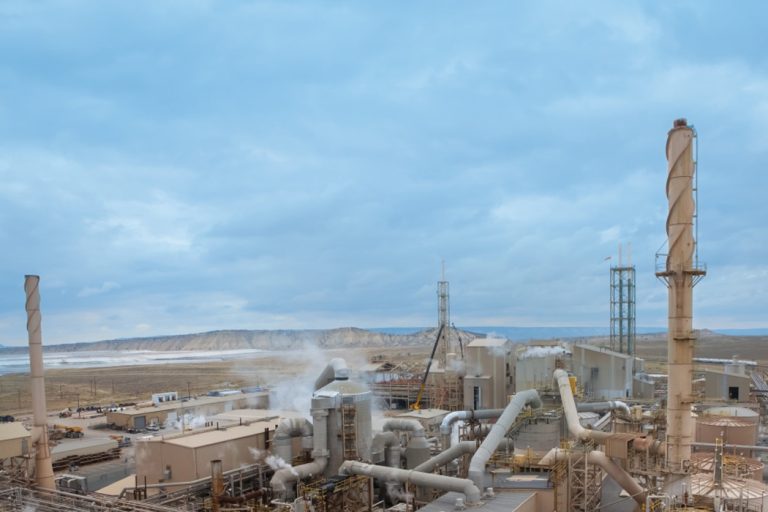 As befits a fertilizer manufacturer, the J.R Simplot Company continues to seed substantial growth in Sweetwater County. The latest expansion is the addition of the Rock Springs ammonia plant, scheduled to be fully operational in spring 2017.

This $350 million investment is creating 40 full-time jobs. But the economic impact goes far beyond those surface numbers. Development of the facility lasted for more than two years, requiring a long-term construction workforce that ranged from 200 to 750 people. That makes the true value of the expansion project closer to $1 billion, according to Rock Springs Chamber of Commerce CEO Dave Hanks.

“We definitely have seen a huge impact from having such a large amount of workers in our community for that extended period of time,” Hanks says. “It’s had an impact on housing, restaurants, grocery stores, retail, all kinds of things.”

Simplot is one of the largest privately held food and agribusiness companies in the nation, specializing in plant nutrition and food processing. Fertilizer is one of the company’s primary products, and Simplot official Ken Dey says the new ammonia plant was built to enhance the phosphate fertilizer production already in operation at Rock Springs.

“This new plant allows us to have our own supply of ammonia, which is one of the key ingredients required to produce fertilizer,” says Dey, Simplot’s manager of government and public affairs. “We previously had to purchase ammonia and have it delivered to the Rock Springs plant. The new plant provides us a much more cost-effective and guaranteed supply of ammonia that we now have control over for the production of fertilizer.”

The new plant, which is expected to produce 600 tons of ammonia per day, is one of the largest investments in company history, reinforcing Simplot's commitment to Sweetwater County.

“We’re proud to be a part of the community and one of its larger employers, with about 290 employees at the Rock Springs plant,” Dey says. “We feel the investment in this new ammonia plant will help ensure long-term success of our fertilizer production operations in Rock Springs.”

In addition to the creation of temporary construction jobs and 40 full-time employment opportunities, Hanks says the facility will have a positive impact on Sweetwater County’s overall finances through Simplot’s property taxes and water consumption.

“Part of the funding to run our cities and county is based on property tax, and with the expansion they’ve increased the value of that plant,” Hanks says. “So an increase in assessed value is going to mean more revenue to the local cities and county government, and that won’t go away as long as that plant is there.

“Another important thing to consider is water consumption. Simplot is the single largest user of potable water in the county. When you have a large consumer like that, it helps keep overall rates more reasonable. Instead of running that much water to 1,000 homes, you’re running it to one large entity. And those funds (generated by Simplot’s water consumption) help with maintaining and upgrading water lines and hydrants.”

As important as the employment and financial impact of the expansion might be, Hanks says he has been most pleased with the way Simplot officials have dealt with the local community.

“They were very conscientious about how they might impact the community,” Hanks says. “All along the entire process, they invited the public and elected officials and local leadership out there to show everybody exactly what they were doing.

“They had people come in to see what kind of housing availability there was (for the construction workers). They didn’t want to set up a workers camp. They wanted to put people in the community. Their concern for the community has been paramount.”