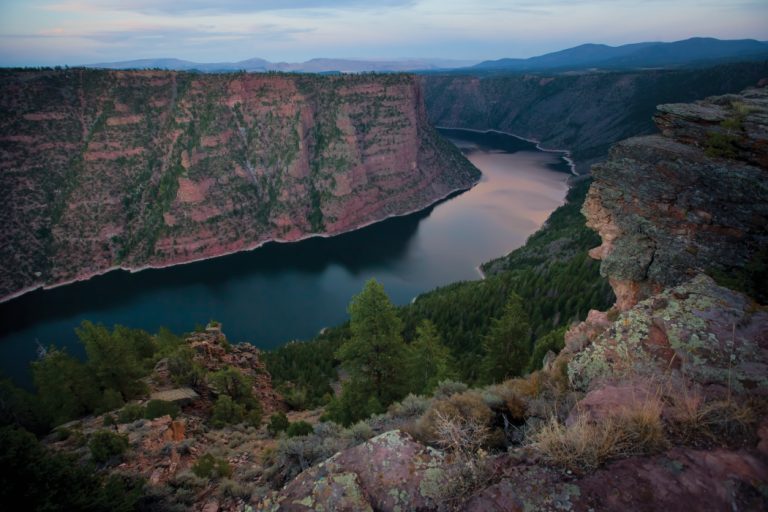 A new raw water reservoir in Green River will serve as an alternate water source for Sweetwater County residents, The reservoir will help meet the growing community’s needs during times when the Green River – the area’s primary water source – is turbid due to storm-water runoff or during algae blooms that occur in the summertime’s low river flows.

With the capacity to hold 330 acre-feet of water, this off-channel reservoir will give the Green River Water Treatment Plant uninterrupted access to cleaner water for treatment regardless of the river’s condition.

According to Fred Ostler, general manager of the Green River-Rock Springs-Sweetwater County Joint Powers Water Board, the river’s high sediment content after periods of heavy rain makes it difficult to treat. Not only does this impede the Green River Water Treatment Plant’s ability to clean and process enough potable water for the community, processing highly turbid river water also accelerates wear and tear on the plant’s filtration equipment.

“When the river water is highly turbid, we end up back-washing the filters, which is using water that’s just been cleaned to clean the filters,” Ostler says. “It’s self-defeating. During times of high turbidity, we sometimes use half or more of the clean water we’ve produced just to clean the filters, and it’s very inefficient.”

Thanks to the new reservoir, there will be no need for the plant to filter sediment-filled river water, so it will be able to run at full capacity, producing 32 million gallons of clean water a day all the time.

“We realized if we could draw water out of the Green River when it’s really low in turbidity and store it somewhere in a large quantity, we could just take that stored water and put it into the plant when the river water turns turbid,” Ostler says. “In short, this reservoir will allow us to take advantage of the opportunity to store the river water when it’s good and prevent us from having to treat it when it’s bad.”

The chosen location is the mouth of Telephone Canyon, a natural formation that is now dammed to hold the water. Unlike the Green River, it will not take in rainwater or sediment-filled water flowing down from the canyon due to a bypass channel designed to keep canyon flood waters out of the reservoir.

“We’ll always have clean raw water available, and the reservoir will functionally expand the capacity of the water treatment plant, which will delay the expansion of our current plant,” Ostler says. “A new plant would really impact the water rates residents pay, but the reservoir will keep rates low. If we had not done this project, we would probably have to eventually build $140 million worth of water storage in the cities to get the same effect. Even though this project sounds expensive, it’s probably one of the best cost-saving options we could have found.”