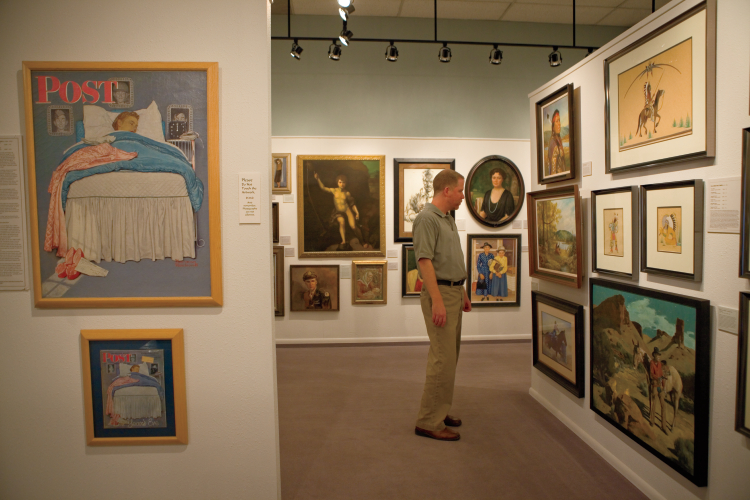 The quality of life in Sweetwater County is enhanced by an assortment of cultural offerings and venues, from live music and theater to festivals and art galleries. Here are examples:

The Community Fine Arts Center in Rock Springs houses a permanent collection and rotating art exhibits along with a year-round schedule of performing arts programs. The CFAC, which welcomes about 6,000 guests a year, includes original paintings by Norman Rockwell and Grandma Moses in its permanent collection.

The 370-seat Broadway Theater in downtown Rock Springs hosts live performances, special events and celebrations throughout the year. Also at “The Broadway” is a Live in the Lobby Concert Series that showcases individuals and small bands on the fourth Thursday of each month. Western Wyoming Community College Theatre, which seats 520, offers dance, performing arts and musical theater productions. The 2016-2017 WCCC Theatre lineup included productions of A Bright Room Called Day, Mary Poppins, A Funny Thing Happened on the Way to the Forum, and Messiah: Part II.

A Halloween Stroll descends upon the Rock Springs downtown district about a week before Halloween actually arrives. The Home & Holiday Show is staged every November at the Sweetwater Events Complex to showcase Christmas displays and home products.

Concerts in the Park performances take place several evenings from June through August in Bunning Park, with music ranging from blues and country to classic rock, folk and polka. Every July, International Day at Bunning Park pays tribute to Rock Springs’ status as “Home of 56 Nationalities,” giving visitors a taste of the region’s rich heritage through exotic foods and local, regional and international entertainment.