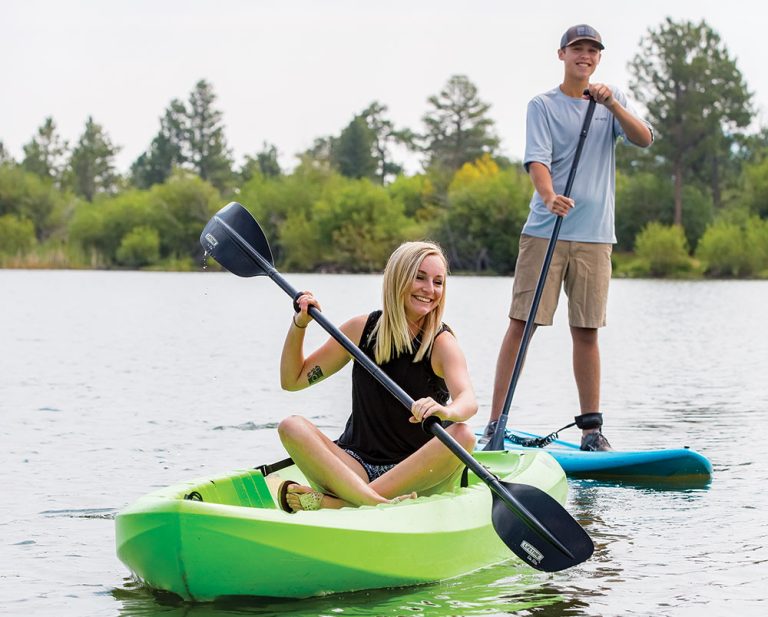 Paul and BreAnn Alvey grew up in Idaho, met in college, married and ultimately moved to Sweetwater County in 2012 when Paul was the district manager for Sonic Drive-Ins in Rock Springs and Vernal, Utah. Their family settled in nicely, and Paul has since bought the Rock Springs restaurant.

“That has always been his goal, and it was nice for me to see his childhood dream come to fruition,â€ BreAnn says.

Seeing a spouse fulfill a dream is wonderful, but what’s it like individually for a “trailing spouseâ€ to move here? As for BreAnn, life has been just as busy and transformative since the move – maybe more so, she says. Much of her time is devoted to caring for the couple’s six children ages 13, 11, 7, 5 and 2, the youngest being twins. She is a private music teacher who provides lessons at the couple’s in-home Alvey Music Studio.

“Since moving to Rock Springs, I’ve been able to build my music business quite successfully,â€ she says. “It allows me to stay home, especially with young twins, and still be involved with teaching lessons that I really like.”

Alvey adds that she enjoys living in Rock Springs because the city caters to families, especially those with young children.

“We’ve been to events like demolition derbies, Rock Springs International Day, rodeos, food truck rallies and many activities organized by the library,â€ she says. “We have also found good, close relationships within our church, the Church of Jesus Christ of Latter-day Saints. Paul is a prominent member and leader there, and church involvement is a huge part of all our lives.”

Husband to the President

Randy Dale worked a corporate job with Hewlett-Packard for 20 years in Loveland, Colorado, then he and his wife, Kimberly, moved to Scottsbluff, Nebraska, in 2015 when she was chosen to be vice president of Western Nebraska Community College.

“It was perfect timing for me because I was ready to leave the corporate world about four years ago, and Kim wanted to be in college administration,â€ Randy says. “When I got to Nebraska, I opened a home maintenance-handyman business that I ran for the last three to four years, but my main focus was supporting Kim in her advancing career.”

In 2019, the Dales moved to Rock Springs when Kim was named president of Western Wyoming Community College.

“My wife is very busy these days learning her new job, which is top priority for both of us,â€ Randy says.

“I took up the sport 20 years ago and really have a good time with it, and the Rock Springs-Sweetwater County area is great for it,â€ he says. “I’m also a hunter, so I’m looking forward to hunting elk, deer and moose, although I need to wait until I’ve been a local resident for one year.”

With mountain biking, Randy says there is much Bureau of Land Management land surrounding Rock Springs, so he has been chatting with local bike clubs and trails advocates to get an initiative started to further expand the area’s trail systems.

“There is also a big open space adjacent to the college that would be ideal to develop into a trail system for students who like hiking, biking and trail running, plus those interested students could volunteer to help build that particular trail system,â€ he says.