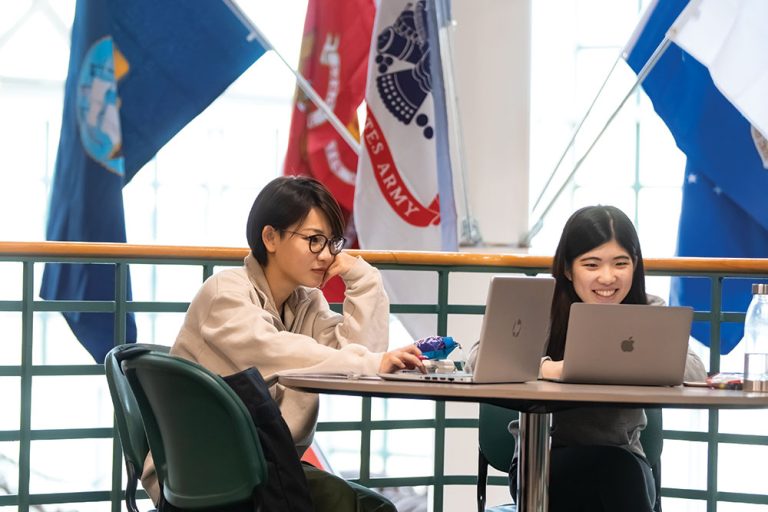 Kristine and Chris Clark moved to Rock Springs from Raleigh, North Carolina, in 2011 when Kristine accepted a position as a professor and exercise science program facilitator at Western Wyoming Community College (WWCC).

Kristine and Chris were raised in Utah and Idaho and wanted to live closer to family again once they had children of their own. Kristine says they had some qualms about moving away from the metropolitan Raleigh-Durham area, but found everything they needed in Sweetwater County.

“This area quickly grew on us with short commutes, great parks, easy drives to our families and beautiful outdoor recreation opportunities in the surrounding area,â€ Kristine says.

The couple is now raising their four sons who range in age from kindergarten to high school. Kristine and Chris, who is a licensed professional counselor at Wellness Associates and an adjunct professor who teaches wellness and yoga at WWCC, say the area’s promotion of a healthy lifestyle – and its thousands of acres of public recreation lands – are top reasons for living here.

“We love to be out hiking and enjoying the area,â€ Kristine says. “We regularly walk through the desert and to the waterfall at White Mountain. When we head to Flaming Gorge National Recreation Area, the Bear Canyon Trail is a favorite due to the view of Flaming Gorge. For day trips, we love to venture out to the petroglyphs, Boar’s Tusk and Killpecker Sand Dunes.”

The four Clark boys are active in the City Recreation Soccer leagues and swim lessons at WWCC, and the family enjoys cross-country skiing.

“Biking on Wilkins Peak, hiking on endless trails around White Mountain, water fun on the worldrenowned Flaming Gorge and Green River – there are opportunities to enjoy recreational activities yearround,â€ says Rick Lee, CEO of Rock Springs Chamber of Commerce. “In the snow, in the heat and in the cool and warm weather, affordable recreation is available 12 months of the year.”

The area’s top-notch local schools are a major attraction for many residents. There are two public school districts: Sweetwater County School District No. 1 and No. 2 as well as several private schools, including Holy Spirit Catholic School and Green River Christian Academy. Western Wyoming Community College (WWCC) is both a local gem and a nationally recognized institution for its excellence.

The Clarks say they’ve been pleased with local educational opportunities, summer camps at WWCC and extracurricular programming offered through the schools and Sweetwater County Library System.

“Sweetwater County’s high-quality schools provide exceptional education for our youth,â€ Lee says. “Kindergarten through grade 12 cultivates intelligent, capable Chris and Kristine Clark with their sons at Western Wyoming Community College leaders of our future, and WWCC remains one of the top ranked colleges in the nation.”

Many newcomers are pleasantly surprised by the area’s affordability. With an average household income of $71,083 and a median home price of $218,500, there are many budget friendly housing options. Plus, residents don’t have to pay an individual income tax, and the sales tax is 4%, which is one of the lowest rates in the country.

“More and more people are choosing to raise their families in Southwest Wyoming because of its affordability,â€ Lee says. “From housing to groceries and recreation to entertainment, the cost of living is nationally competitive. And employment numbers are favorable, sustained by a vibrant, strong local industry.”

Sweetwater County’s easy and short commutes are another reason residents love living and working here. The average commute time is only 20.2 minutes, which is six minutes less than the national average. When you consider a daily two-way commute at that rate, it adds up to 73 hours a year that Sweetwater County residents aren’t stuck in traffic, compared to the national average. Easy access to Interstate 80, two U.S. highways and three state highways means it’s convenient for venturing out of the area, as well.

“Most of our kids walk or bike to school, and our commutes to work are less than 5 to 10 minutes,â€ Kristine says.

Sweetwater County has a long history of welcoming people from across the globe. Since 1910, Rock Springs has been known as the “Home to 56 Nationalitiesâ€ since settlers from 56 nations resided here when that year’s census was taken. Today, you can still see 56 flags flying high outside the Rock Springs Chamber of Commerce.