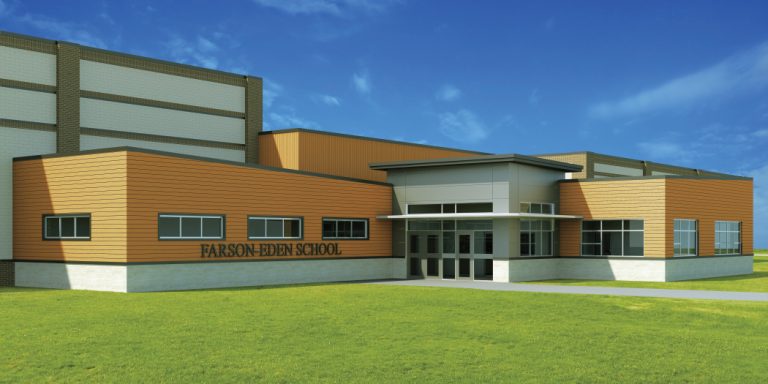 Student achievement is a top priority in Sweetwater County, and that’s why several new schools have been built in recent years in both District No. 1 and No. 2.

“We’re very student-focused,” says Kelly McGovern, superintendent of Sweetwater County School District No. 1. “Our primary goal is meeting the needs of our students, and we are doing that by providing beautiful facilities and high-quality staff, teachers and administrators.”

District No. 1 serves approximately 5,600 students with three high schools, three junior high schools and 12 elementary schools, including those in Rock Springs and outlying schools. The newest school, Stagecoach Elementary, opened in 2015 and houses between 450 and 500 students in grades K-4.

“We are excited to open a new K-12 school for the 2017-2018 school year that will serve Farson and Eden,” McGovern says. “The beautiful new school will replace the current K-12 school there, which has served its purpose for many years. It will serve approximately 150 students.”

In March 2014, District No. 1 celebrated the opening of its new Black Butte High School, an alternative high school located on the campus of Western Wyoming Community College.

“We have a great partnership with Western Wyoming Community College. Black Butte students can go from one campus to the other and take classes like welding or electrical,” McGovern says. “Then they can graduate with a certificate and immediately pursue a job.”

“Students interested in an academy start in their 10th-grade year, and it provides them practical classes geared toward jobs in those fields,” McGovern explains. “They also participate in job shadowing and get hands-on experience. This is a great benefit because our schools are very much geared toward giving back to our community.”

One reason they emphasize community service is because the community has offered the schools so much support.

“We implemented a new Standard Response Protocol for School Safety last year, and that effort was fully supported by our community,” McGovern says. “We had help from first responders, including the local police and fire departments, as well as the sheriff’s office.”

District No. 1 prides itself on supporting students even after they graduate. Many are college bound, and the Class of 2016 earned more than $3.2 million in college scholarships. The awards don’t end there.

“This new program is designed to support students acquiring college credits, which results in having one year of college complete when students graduate,” says Donna Little-Kaumo, superintendent of Sweetwater County School District No. 2. “A cohort of 20 sophomores will begin this program this year.”

Expedition Academy moved to a new building, formerly a church, in time for the 2015-2016 school year.

“The district and the congregation saw the potential of the building transitioning to a school, and that vision was realized,” Little-Kaumo says. “Expedition Academy is an alternative high school environment designed to serve students needing an alternative approach to the traditional high school environment. The small class size helps develop a family atmosphere for students as they engage in their content studies.”

Like District No. 1, District No. 2 is committed to preparing students with skills they need for success after high school. Green River High School has a graduation rate of more than 90 percent annually.

“Sweetwater District No. 2 works to live our mission every day – ‘Learning for All,’ ” Little-Kaumo says. “Our caring, talented and dedicated staff are impressive. Each staff member contributes to student success.”

Our primary goal is meeting the needs of our students, and we are doing that by providing beautiful facilities and high quality staff, teachers and administrators.