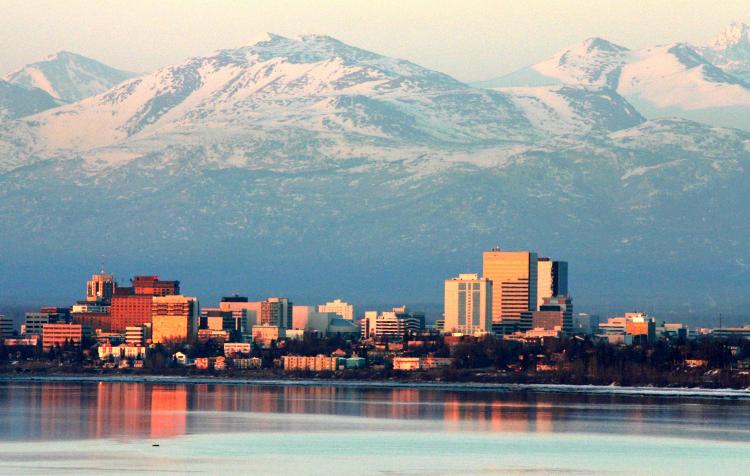 Anchorage, AK is broken into more than 30 neighborhoods within the areas of the Anchorage Bowl, Eagle River and south of Anchorage.

The northern region of the Anchorage Bowl contains the city center and eastern residential areas. The city center, as well as the surrounding areas, such as Russian Jack Park and Government Hill, are made up of one- to four-bedroom apartments and homes. With a great nightlife downtown and in surrounding areas, this location is a hotspot for professional, young and mixed-aged singles.

As you move east, homes gradually become larger and more prominent. The Debarr Road/Bragaw Street area is home to three- to four-bedroom homes, but also home to small apartment buildings, The Northeast Anchorage/Nunaka Valley is one of the wealthiest centers in the state and made mostly three- to four-bedroom houses, but some smaller dwellings and apartment buildings are also available.

Also in the northeast area is Alaska Pacific University in the Northern Lights Boulevard area. This area is an above average income area with mostly college students in small dwellings.

The central region ranges from urban to residential settings and contains a mix of young singles to mixed ages. Abbott Loop is a residential area in Anchorage, good for families and young singles. On the eastern side of the area, the large homes and proximity to schools make it a great place to raise a family. On the western side, there are more singles living in apartments of all sizes. Similarly, as you move north towards Tudor Road, the area becomes more urban with high-rise complexes and young single inhabitants.

Anchorage’s southern region is primarily family-friendly and home to larger, upscale homes. The family-friendly Huffman/O’Malley area is popular with families with school-aged children because of low crime rates and proximity to schools.

Correspondingly, the Diamond Edinburgh area is another popular spot and has a higher amount of private schools. The New/Old Seward area is also home larger homes and an executive lifestyle, but is a retiree-friendly community.

Eagle River and South of Anchorage

North of the Anchorage Bowl is the Eagle River area. It is largely an area for families and retirees, with medium-sized homes, but mixed ages and smaller house options are available.

South of Anchorage is a remote neighborhood located in the Chickaloon Bay, and it is home to mostly young, upper- to middle-class renters in one- to two-bedroom dwellings.

Learn more about the public and private schools in Anchorage.