Skip to content
Home > AL > Auburn > Where to Live Now > Why Auburn, AL, Is a Best Place to Live

Why Auburn, AL, Is a Best Place to Live

Auburn earned its spot on our Top 100 Best Places to Live thanks to quality education, a tight-knit community, and endless things to do. 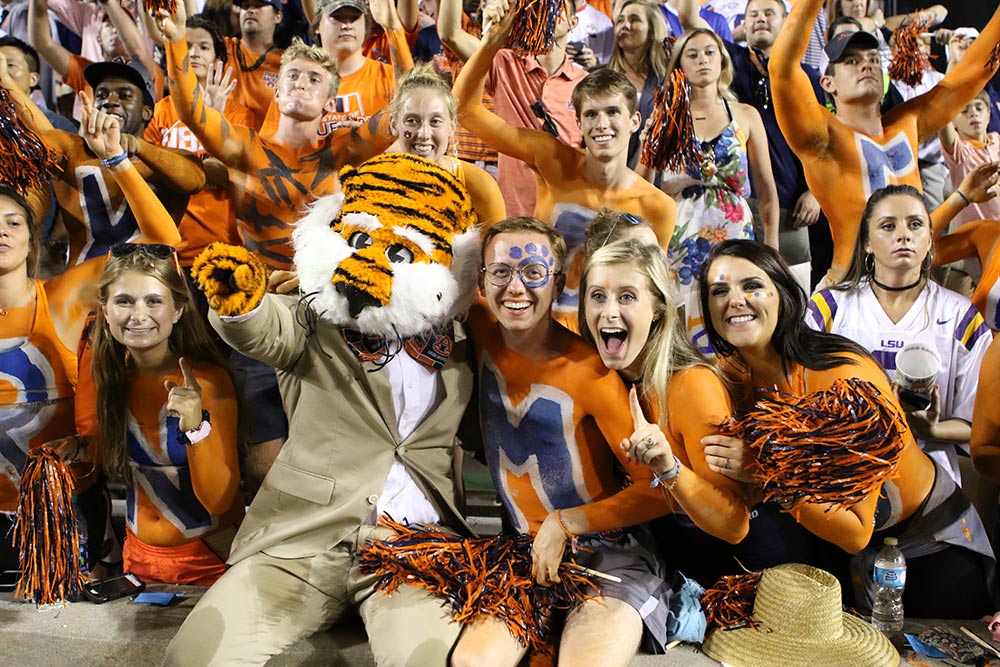 Centered around Auburn University, the town of Auburn, Alabama offers loads of Southern hospitality in a tight-knit community. While football rules—the tailgating at a Tigers game is legendary—there are plenty of cultural outlets, too.

“People come to Auburn to go to college, but they love it so much, they decide to stay,” says Brooke Peace Harris, Digital Marketing Manager for the Auburn-Opelika Tourism Bureau. The university is noted nationwide for its architecture, pharmacy, veterinary science and engineering programs, while the economy beyond the school is robust on its own. Altogether, Auburn offers the total package — making it one of our Top 100 Places to Live.

Auburn’s diverse population (of the town’s 63,118 residents, 27,287 are students) is what makes Alabama’s fastest growing town special. And though Auburn has small-town appeal, it’s close to many bigger cities: Atlanta, Montgomery, Birmingham and the beach are all within a few hours’ drive.

As a college town, Auburn is driven by education, and its programs rank among the top in the country. It’s a research institution with land, sea and space grants whose research focuses on wireless engineering, molecular biosciences, transportation, aquaculture and forest sustainability. The university is generally viewed as open to new ideas — something of a time-honored tradition: in 1892, the school became the first four-year college in Alabama to admit women.

Beyond the university setting, Auburn is acknowledged as one of the best public school districts in the state and nation. Including its eight elementary schools, two middle schools, one junior high school, and a brand new $72-million dollar high school, the district has received accolades from Parenting magazine, Newsweek and the Wall Street Journal; two of the schools are national Blue Ribbon schools, and the high school offers both International Baccalaureate and Advanced Placement.

Post World War II, Auburn had an influx students on the G.I. bill, boosting residential growth throughout the 1960s. The construction of major highways allowed the university to host home football games, bringing tourism. By the 1970s, the town’s economy was heavily dependent on the university, but a shift in city government allowed the city to aggressively pursue industry, resulting in a 1,200% increase in industrial jobs over 20 years.

Coupled with the high ranking of the public school system, the city saw rapid residential growth — an influx of 65% during that time period. Auburn University remains the center of the economy, employing more than 4,300 people (a quarter of the city’s workforce), with an additional 2,400 in state and federal government positions that support the university.

About 8,500 people are employed in the service sector, and another 5,000 are employed in the manufacturing sector. Auburn is home to the 156-acre Auburn Research Park, where high tech manufacturing and research firms focus on small engines, automotive wheels, fuel cells, plastic injection technology and vehicle armor. The Kia and Hyundai automotive plants are less than an hour from Auburn. The Research Park also includes the MRI Research Center which houses the largest research MRI scanner in the region.

“Our community is so supportive and engaged,” says Peace Harris. “Our town’s events are inclusive, family-friendly, and offer something for all age groups.”

Beyond the rallying cry of “War Eagle” heard everywhere during football season (and the tens of thousands that swarm the campus for home games), in the off-season there are art festivals, farmers markets and twice-weekly live concerts.

Nonprofit organizations are lauded, too: the university even has a major in Advanced Philanthropy and Non-Profit Studies. Camp iCare is a program designed to teach kids how to help others and encourage compassion by learning about philanthropy, wants vs. needs, and financial savvy. After camp, participants are encouraged to make a difference. Nearby Storybook Farm is a local darling offering horse therapy for children on rescue horses that’s supported by the community.

In Auburn, you’ll never be at a loss for something to do. There are six golf courses nearby, including the world-famous Robert Trent Jones Grand National golf course. The Jule Collins Smith Museum of Fine Art (which just had a major renovation) includes works from masters like Picasso and Renoir, among others. Dance, theater and music programs and performances are popular activities. Acre and The Depot are both local restaurants helmed by James Beard Award winners, among other quality local eateries. The Donald-E Davis Arboretum in the center of town makes a perfect lunchtime stroll, and there are over 16 local parks. Among them, Chewacla State Park, a 696-acre park full of hiking trails and 30 miles of biking trails.

“Auburn is growing, and it’s changing,” says Peace-Harris. “Everyone cherishes the warmth and small-town feel that make Auburn so special, though, and I think that will always be the same.