Skip to content
Home > AL > Cullman > Experiences & Adventures > Is This the Coolest City in Alabama?

Cullman is a growing city full of unexpected amenities. The only thing missing is you. 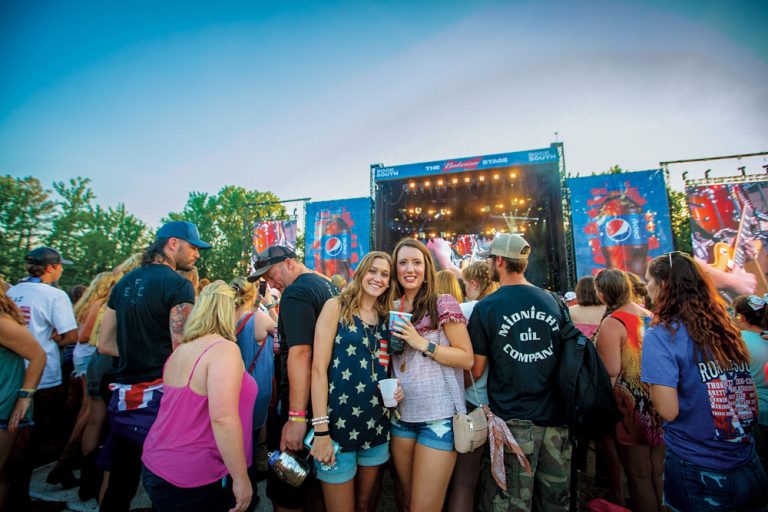 Cullman / Courtesy of Rock the South

Not only is Cullman County one of the fastest-growing areas in Alabama, it is evolving in a way that is attracting businesses and young professionals. Despite its longtime perception as a younger sibling of sorts to its bigger city neighbors, the community is “growing up” while not sacrificing its small-town charms that have always been appealing.

“There’s just so much going on in Cullman right now,” says Kyle Willoughby, vice president of Willoughby Roofing & Sheet Metal and member of the Cullman Area Chamber of Commerce executive board. “Cullman has always been a great place to live and raise a family. But the city has grown enough that we have some good industry and businesses coming into the city.

“We want to keep moving forward and make this a better city. But while we grow, we also want to stay true to our roots.”

This includes literal roots. Even as enterprising new tech companies move into the area, Cullman maintains a strong agricultural community. That is evident at the Festhalle Farmers Market, which is held three days a week from April through October in the largest timber-framed building in Alabama.

“People around here grew up eating fresh food out of the garden, and they want to keep doing that even if they’re no longer growing it themselves,” says Travis Kress, an instructor with the Small Farmer Training Program at Wallace State Community College. “That’s why our farmers market thrives. People still respect agriculture in this town. We’ve held onto that even as the city has grown.”

This meshing of urban and rural manifests itself in several ways, including an increase in farm-to-table dining options. The city honors this union each year with Farm City Week, which is held – appropriately enough – just before Thanksgiving.

“Farm City is a celebration and showcase of the relationship between agriculture and industry,” Kress says. “The county is not driven one way or another. They work together, and both sides are thriving without the other one suffering.”

While rural living and Southern charm remain fixtures, Cullman also is changing in ways that one might not expect from a city of approximately 16,000. The downtown area and nearby Warehouse District have undergone major revitalizations, with the addition of several locally owned restaurants, shops and boutiques. This includes the 6,500-square-foot Mae’s Food Hall, which has four restaurants, a full-service Art Deco-style bar and a vintage arcade.

Many of the places and initiatives are attractive to young professionals as well as new families, from the Ingle Park Connected Playground (which was created through community fundraising) to the Cullman Wellness & Aquatic Center to the chamber’s fun #WoofLocal movement.

There also are events galore in Cullman. One of the newest is Dinner on First, a fundraising event on the city streets with live music and an almost endless supply of local food. The crowded festival calendar includes the StrawberryFest, the Bloomin’ Festival at St. Bernard Abbey, 2nd Fridays, Oktoberfest, the Smith Lake Park Fireworks Festival and the Cullman County Fair.

In addition, the Rock the South music festival – which Quick founded – brings in more than 60,000 people each June and has an economic impact of more than $10 million.

“That’s amazing for a city the size of Cullman,” Quick says. “But that’s the way we are. This area raises up big dreamers. There’s a belief and pride that we can go for it and do big things. We don’t want to lose who we are, but we’re also very open to doing things we’ve never done before.”

One thing that has never changed is Cullman’s strong faith community. In addition to the area’s many beautiful churches and large congregations, two of the state’s most popular religious attractions are located here: Ave Maria Grotto (a park that has 125 miniature reproductions of some of the most famous religious structures of the world) and the Shrine of the Most Blessed Sacrament (a 13th-century-style church and monastery on a 400-acre site in Hanceville).

“[Faith] is very important in Cullman,” Quick says. “I came from a broken home, and my church and youth pastor raised me up. The city raised me up. It’s the people of Cullman who really make it great.”