Skip to content
Home > AL > Cullman > Where to Live Now > Why Cullman, AL is a Great Place to Live

Why Cullman, AL is a Great Place to Live

Find out why this Alabama town has all the amenities of a larger metro, with none of the hustle. 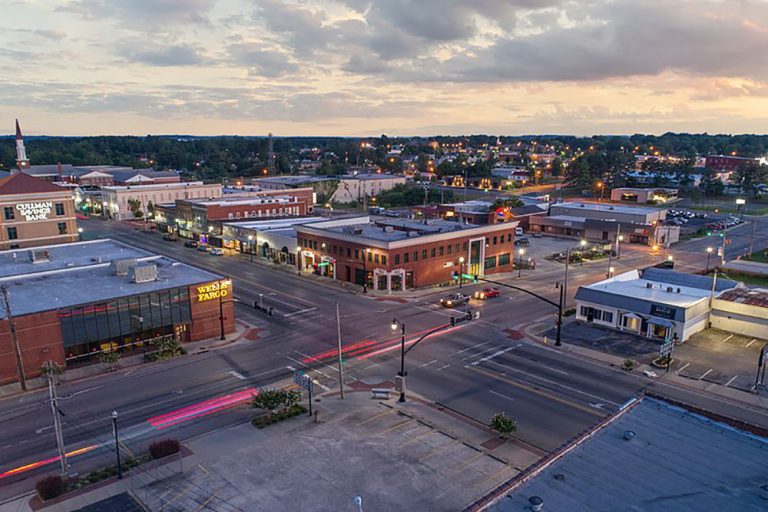 Cullman / Courtesy of Dave warren80 under a CC 2.0 license.

Midway between Birmingham and Huntsville is Cullman, a city whose diverse economy is strong in sectors like agriculture, distribution, education and manufacturing. Its motto is “A City with Character,” and short mild winters and long warm summers are part of the comfortable year-round climate in Cullman. Here are some more highlights:

It’s What You Know

Cullman City Schools is ranked in the top five percent of public schools in Alabama for academic excellence, consistently ranking high in college ACT scores. Also in the community are several highly rated private schools, and a good higher education choice for local students is Wallace State College in nearby Hanceville.

An excellent transportation system exists in Cullman, thanks largely to the city’s location right along Interstate 65. Also serving motorists are U.S. 31, U.S. 278, State Route 69 and State Route 157. For companies that like to ship freight by rail, CSX Railroad serves the region.

Much of the landscape throughout Cullman remains green and agricultural, with Cullman County boasting the highest agricultural production in all of Alabama – its ag surplus tops $2 billion annually. Top commodities include poultry, eggs, cattle, dairy cattle, vegetables and melons.

Cullman has garnered recognition for being among the Best Small Cities in America to Raise Your Kids. Reasons include a strong economy, good schools, low crime rates, clean air quality, several parks and interesting amenities.

Cullman is named for its founder, Col. John G. Cullmann, a German refugee who came to America in 1866. The city celebrates its German heritage during an annual Oktoberfest, with an honorary Burgemeister elected to oversee the festivities. Also, the sister city of Cullman is Frankweiler, Germany.

Find the Best Things to Do in Alabama

Like to fish? Smith Lake has more than 500 miles of shoreline, and access to the lake is easy in Cullman at I-65 exits 299 and 304. There are good catches of bass, bream, catfish, crappie and rainbow trout, and other activities on Smith Lake include boating, tubing, paddle boarding, skiing and jet skiing.

There is always plenty to do in Cullman, with multiple events and festivals scheduled throughout the year. Highlights include an April Bloomin’ Festival, Cullman StrawberryFest, Dinner on First, Rock the South, Oktoberfest and 2nd Fridays downtown.