Why Western Arkansas’ Business Climate is Getting Attention

The six-county Western Arkansas region offers a host of advantages for business investment. 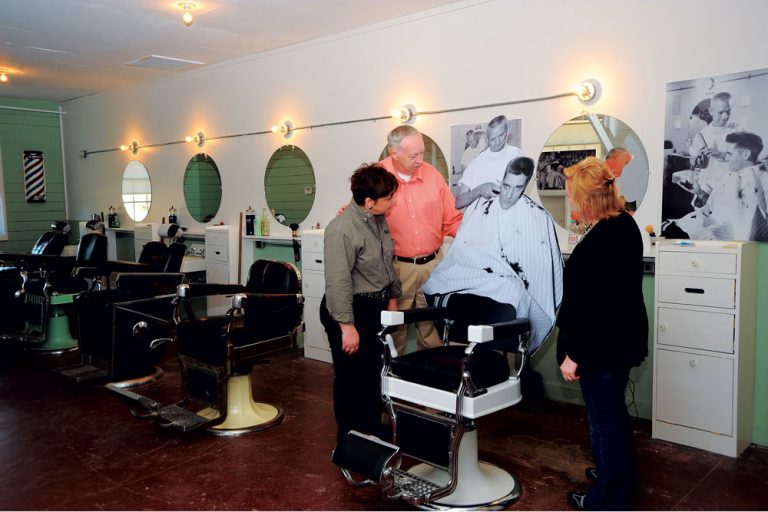 Fort Smith / Courtesy of Arkansas Department of Parks and Tourism

International visitors arrive in Fort Smith every day to see the spot where Elvis Presley got his GI haircut after being inducted into the Army. Businesses are arriving, expanding and creating jobs, as well as attracted by Western Arkansas’ advantages as a place to live, work and invest.

Those businesses discover a six-county region with a standout quality of life in a spectacular natural setting and advantages including excellent higher education institutions, a superior transportation network and a deep pool of workforce talent.

For Furniture Factory Outlet, a fast-growing discount furniture retail chain, Western Arkansas was the ideal location. The company moved its headquarters to Fort Smith from Oklahoma and also has a newly built store in Fort Smith.

Furniture Factory Outlet discovered the same advantages that draw other business to the area, including Walther Arms and Umarex USA, a maker of air pistols and rifles and Airsoft guns.

First was the tremendous support the company received from the Fort Smith Chamber of Commerce, which worked with the state’s Economic Development Commission to make the move attractive to the company, he says.

Second, the excellent infrastructure at its new headquarters in a former Whirlpool warehouse operation. That enabled the company to consolidate all of its manufacturing, distribution and corporate operations in one 200,000-square-foot space, which will support its aggressive expansion plans.

The third benefit is the region’s excellent transportation infrastructure, with easy highway access for trucks and suppliers.”

“Fourth, there is a very talented workforce in Fort Smith that we are now drawing from, including interns and full-time hires from the University of Arkansas Fort Smith. Fifth, it was very easy for us to get involved in the community, as business, government, education, and charitable organizations and leaders have embraced us since the first day we moved in,” says Zigerelli.

Since arriving at the end of 2015, the company has grown by eight stores to 44 locations in seven states, added employees and more office space at the headquarters location and expanded warehouse and manufacturing space by 30,000 square feet.

The region’s advantages include access to Interstate 40 and I-49, two Class 1 rail lines, airport and two Arkansas river ports that provide access to global markets, she says.

A new section of I-49 runs through Chaffee Crossing, a mixed-use development located on 7,000 acres that were turned over to local communities when Fort Chaffee Army base shut down. The interstate, when it is completed, will connect Western Arkansas to Winnipeg, Canada.

The Chaffee Barbershop Museum, in the building where Elvis received his famous Army haircut in 1958, is part of Chaffee Crossing, which has attracted $1.5 billion in private investment since 1997 by companies including Graphic Packaging International, Glatfelter, Phoenix Metals and ArcBest Corp., a publicly traded transportation and logistics company headquartered at Chaffee Crossing. Mars Petcare, Walther Arms and Umarex USA have operations there, as well.

The site continues to play a key role in national defense. The military uses 65,000 acres as a joint maneuver and training center. The military also stations operations involving drones, or remotely piloted vehicles, at the facility.

Chaffee Crossing is also home to churches, recreation facilities, more than 20 miles of multi-use trails, a nature center and other amenities.

The development continues to grow as a place where people live, work and play.

“Today, 1,900 people get up in the morning and come to work at Chaffee Crossing. Within 36 months, that will grow to about 3,500, and we’ll see continuing growth of the multiplier jobs that come along with true community development,” says Robertson.